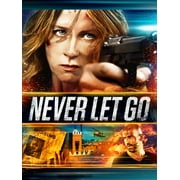 Not To Be Missed!

Amazing!!!! I am blown away by this film on so many levels. As a solo mom, I completely connect with this fierce woman and her unstoppable power she displays to find her child.

Highly recommended to action film fans who like a thriller story to with the action.

Great movie with action and high emotions...Angela Dixon was so credible in the leading role.

A powerful film with a strong cast lead by an impressive Angela Dixon - a sort of female Liam Neeson. Worth watching.

Angela Dixon - what a talent!

Wonderful acting from Angela Dixon and an exciting, moving story.

Full on action and suspense! This movie moves fast and is thrilling from start to finish!

A fresh take on the 'Taken' franchise by some rather serious talents from Brighton, England.

Angela Dixon is a fantastic lead and heroine. Exciting and compelling.

Never a dull moment in this all action film. Angela Dixon is stunning as the mother who's child is taken. A stunning athlete and great actor who has us pushing on every inch of the way as she searches and fights to get her child back. Buy it. You won't regret it.

A fresh take on the 'Taken' franchise by some rather serious talents from Brighton, England.