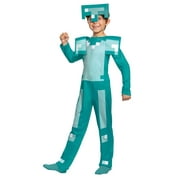 My little boy loved he says is a cool toys

Neat for display, but not for real play.

Shipped fast, nice size, and feels like it's made of a sturdy plastic, but not very good for real play. The heads and tails just pop in, which means they are also always popping out. And my son has had this for less than a week and one of the protrusions that holds the wings in place has already broken, so I guess we'll just have to have a one-winged King Ghidorah. Doesn't seem like there's a point to those background scenes either, they're not much bigger than a playing card. Only reason I gave this 2 stars instead of 1 is because my 7 yo son is enjoying playing with it anyway, even though it's quickly and constantly falling apart.

Every single piece comes off and then pieces get lost I had to super glue them and still when they play with the toys the head or tails fall of. it lasted about a week.

The heads and tails are fallen always.