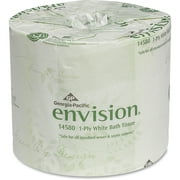 I* gave this a one star rating because of the condition of the box that was used to ship this product. It appeared to be a broken box prior to shipping due to the excessive amount of packaging tape all over the box. When it was delivered the box was open and it was missing two rolls of toilet. The box being open was not the shippers fault, it was the poor workmanship at the Walmart distribution center. I am very surprised that Walmart allowed this box to be sent in the condition it was in.