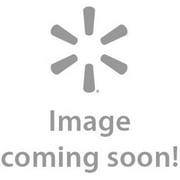 A very inspiring success story from a man with the odds stacked against him from birth. I have had the pleasure of hearing Mr. Mathabane speak on television and was impressed by the clarity of his message. He delivers his words crisply and precisely, and there is no doubt about his convictions. It is apparent that he speaks from experience. And he writes as well as he speaks.

A powerful and thought...

A powerful and thought provoking look at life in a South African shanty town. Emotionally, the 1st 50 pages of the book were difficult to get through, but I do consider it a must-read for anyway wanting to understand the Apartheid era in South Africa.

The term "kaffir" is a derogatory term in South Africa, and its use in the title is somewhat shocking but perhaps, appropriately so. The book tells the story of Johannes (Mark) and his family, his childhood in South Africa and then his success in the the world of tennis. It tells of the sacrifices and struggles of his mother and her belief that education was so very important to the future of her children. Heartwarming but so sad.

Kaffir Boy by Mark Mathabane is an amazing autobiography that tells of Mark Mathabane's childhood thru adult hood and the many things he had to go thru during the time of apartheid in South Africa. I really enjoyed this book more than any autobiography I have read. The setting is set in the mid-1960's and goes thru the years til 1990's when Mark moves to America. This book was really inspiring to me for the simple fact that Mark achieved something so extrordinary that no one else could in South Africa of that time. Anyone who loves real life stories with a happy ending is going to enjoy this book.

An amazing book about ...

An amazing book about the horrors that were the South African slums during apartheid. His experiences are chilling, and his story of survival and escape are inspiring.

Set in South Africa during the dark days of apartheid, Kaffir Boy is the story of Mark Mathabane's life. He lives with his family in a ghetto in Johannesburg, not only in abject poverty, but also in constant fear of police raids. The police roust the black population frequently to verify their "passes," the documents that allow them permission to live and work. Unfortunately, the passes are rarely in order because keeping them clear often requires bribes and also because the rules are completely nonsensical - you need a pass to live in the city, but you first need a nearby job to allow the document that permits you to live there. And you need the pass to get a job, although if you're unemployed, you're not allowed to be issued a pass. Sound ridiculous? It is. It would be merely farcical if the raids didn't involve terrifying children and tossing the meager contents of homes, and if the penalties didn't include being shipped off to tribal reserves or being imprisoned. I remember apartheid being an issue in the media when I was in high school in the '80s, but I admit I didn't know about the incredible inhumanity of it. As practiced, it sounded like it was possibly more dehumanizing than slavery, and I honestly didn't think such a thing could exist. Mark was subject to "Bantu education," which was the non-compulsory system to prepare black children for their lives of subservience. Faced with few opportunities, he worked as hard as he could at school and also fell into playing tennis, which opened doors to him that he might never have known existed. A meeting with Stan Smith, an American Wimbledon champion and seemingly all-around great guy, led to Mathabane eventually getting a scholarship to go to college in the US, which is where the book ends. He later wrote another memoir, Kaffir Boy in America, which picks up where this one left off. I am curious about it because before leaving South Africa, Mathabane clearly views America as a sort of interracial utopia - which is definitely was not in 1979 (and still isn't today). I listened to the audio version of the book, which was narrated by Mathabane himself. His speaking voice is beautiful and melodic, and I doubt that anyone else could have done justice to the words in various tribal languages, protest anthems, childhood songs, and snippets in Afrikaans. Some of the events were very difficult to listen to, and I had to take a couple of breaks from it just to regain my equilibrium. But nonetheless, I would recommend it to anyone interested in learning more about what daily life was like under apartheid.

This is a novel about Mark Mathabane, and what it was like for him growing up in the Apartheid that was South Africa. This novel provides a look into something no one in my classroom will have seen before, and it brings up issues of wealth, race, and racial history, all of which have certain places in classroom discussion. Because Mathabane succeeded in his pursuits as a tennis player, it is also an story that can provide inspiration to its readers. Because of the rare perspective of Apartheid it provides, as well as the charged issues it deals with, Kaffir Boy is a novel that I would love to incorporate into my own classroom.