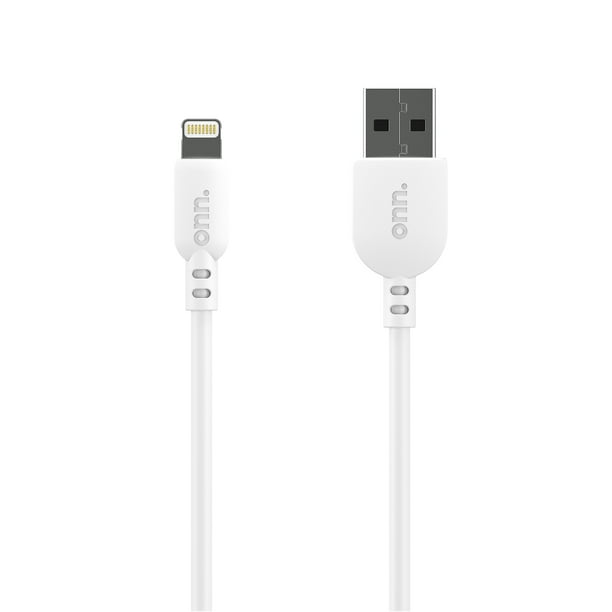 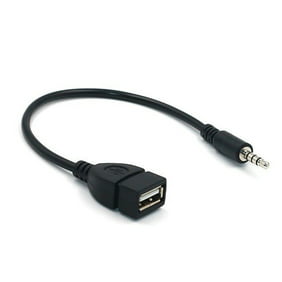 We're onn. to something here. We took the hassle out of buying electronics and built a brand that's fresh and simple. With delightful pops of color, finding the right product has never been easier. Say goodbye to stressful decision-making and fear of the electronics aisle. Our mission is simple ... to deliver great products and make it easy. Choose onn. and get back to using your brainpower for the important things in life ... like pondering the question, "What should I binge watch this weekend?"

The 10 foot length of this charging cable is so convenient for a lot of things. We use it in the living room, plugged up behind the couch and it can reach pretty much any area on the furniture, no matter where the kids are sitting. We use it in the car, and it reaches to the kids sitting in the third row seats. It’s so nice to have the long length and not worry about it falling out of the wall when you shift position while laying in bed and charging your phone. The cord itself is nice and thick, not thin and flimsy. I had no issues with it fitting into the cutouts on any of our cell phone cases either. Works with the iPads just fine too.

I recently had my Apple chargers (two of them) simply stop working. I ordered these as replacements for both my car and nightly charging station. They arrived quickly, and were very well packaged. The connection fits nice and snug onto the bottom of my iphone 7+ even with my bulky case on (I use Mous). Both of my daughters have an iphone X, and they both prefer this new charger over their original one. It has a nice little “click” almost, so you know it’s plugged in, and it’s extremely secure. I think I could swing my phone around with it attached (but I won’t). I like the three foot length, as there isn’t a lot of excess cord when I plug it in beside my table. It only takes a couple of hours to charge my phone completely. These charges are sturdy and good quality. There is a good collar of plastic where the charging end and cord meet, so it appears they should last a long time. You are getting much more than you are paying for with these charging cords. They work just as I expected them to, and I wouldn’t hesitate to purchase more of them. You can afford to get multiple packs of these in place of the oem version and they work every bit as well.

My IPhone charger was worn out and I wasn't excited about having to buy another high priced cable so, at about 1/3 the cost for a lightening charger from Apple, this was hard to pass up. I use mine both at home and in the go quite a bit so my first thought was, "it looks just like an Apple charger!" My next thought was, "but is it of comparable quality?" This Onn charger from Wal-Mart definitely offered an option and seemed worth checking out. After getting it and opening up the packaging, I once again had to admire how similar it is to the original Apple version! I plugged the USB into the charging block, it was a snug fit! Not loose or hard to push in at all! The cable fits into the lightning port just as smoothly! So, the charger is nicely crafted and it has ends that fits the ports well, but one more test, does it actually charge as well as my Apple cable?, the answer is yes, and it does a good job. It offers the same features, like the ability to charge other devices, and transfer/sync data at the same time when needed, and it does it fast! The compatibility and the price make this a really good deal. I can get 3 for the price of 1 (if necessary), and have spares to go! Thank You Onn for such a deal! I am back up and running with no complaints!

This ONN. 10ft Cable was the perfect length to reach from my charger to my phone with plenty room to spare. Now I can lay in bed while using my phone and have it charging. It makes a good crisp connection and charges quickly. Most of the other charging cables I’ve tried feel really cheap, but this ONN 10ft Cable has a good sturdy feel to it. I definitely recommend this cable to anyone who is tired of using shorter cables that just don’t give you enough room.

I find all too often that I am at one location in the house and my cable is elsewhere so its handy to have spares.

I tried these cables with an Ipad Air 2 and an iphone 8 plus. They worked fine at charging. i tried an OS update and a backup on the Ipad and those also worked fine.

They also charged both devices.

The packaging is okay. It's not really better or worse than most packaging for electronics. Hard clear plastic on cardboard.

The lightning and USB fit well in both devices and a couple of computer USB ports.

Fast and charges while transferring data!

This product is great, but it took me a while to figure it out since the death of Windows 7 on my desktop. I digress. You may think this is just a regular charger. It’s not. It’s better, faster and made things so easy to transfer my iCloud (yes the entire thing) to my passport storage device on my computer. It’s nothing special to look at. Its just a black, 3 ft iPhone compatible usb cable, but it definitely performed the way it was supposed to.It’s portable too. I wish it came with a case so I. Oils easily store and sort it from most of the usb iPhone compatible cords out there, that would be nice. It would also be so much easier if this cake with instructions. It took me a good 45 minutes to figure it out. Once I did, I was like, “oh, that was easy.” But yes, instructions would of maybe helped a bit. If I plug in my iPhone to it’s factory charger it takes about 3 hours to fully charge my phone, which I thought was normal. It’s not. While attached to my usb on my cpu, the data did indeed Transfer while quickly charging my phone as well! It took maybe 10 min to charge from 35% to 98%, which was very cool. To be honest, I had heard of lightening cables before, but had no idea what they were. Also, these are approved for iPhone and iPads as well as apple computers. So they are safe. Do not be fooled by imitations as they can damage your device.

Perfect for in the vehicle

I like to keep extra charging cables in our vehicle at all times. We have USB ports and this 2 pack of cables makes charging the iPhones or iPad a breeze while traveling. They are long enough that phones can be plugged in and placed in a caddy. The 2 pack let's us have an extra in the front seat and the back.

I received this cord about 2 weeks ago. Opening the package is the normal level of frustrated hunting for scissors. There are not many apple devices in my home, so I was happy to sample a cord for a review. .... It worked excellent. The charge was fast and seemed steady. We did not have a problem with connections at all. In all, it seemed pretty close the the original cord from the apple phone.

But one thing that was negative, the cord is a bit stiffer than the apple cord and several of my other good quality cords. I am quite careful with my cords, so it should last a while. But I am slightly worried about the minor twisting that happens when you turn the phone over to look at it or find that the cord needs to plug in from the other side. I could feel the resistance in the cord to this twisting.

Would I recommend it as a replacement to the original ... absolutely. It feels sturdy, the connections are great, the charge time was a good speed. But if you are looking for a softer and more flexible cord, this might not be what you want.

onn. LTG 6 feet white cable is just the right cable for charging my Iphone. It would usually take me 20 to 30 minutes with my regular cable to get my phone 25 percent charged but with this cable I can charge my phone completely in 30 minutes. It’s unbelievable how much difference it has from the cable that comes with Iphone and is made by apple itself.

The length of this cable is a great feature. I didn’t realize how much I needed a longer charging cable until I got the onn six feet cable. Now I don’t have to be stuck to the wall in a corner while I use my phone during its charging time. Especially before going to be I don’t have to be on my side trying to get closer to the wall socket.

It’s a great product for sure and I believe all cables should be at least 6 feet long and charge the iphone at lightning speed. Now I can’t imagine my self-using same old stone aged charging cable after I am used to this cable.

Seems fine, but worried because of other reviews

The onn. Lighting to USB, 6 foot, white cable I received iw working fine. I have used it every day for a week. I use it to charge my iPhone5S. The box states it can also charge iPads. The box also states that it can transfer data while charging and that it can transfer speeds up to 480 Mbps.

I love the 6 foot length because my USB port is in an outlet at the head of my bed, and the 6 foot length lets me charge my phone while I am using it lying in my bed or I can place it on my night stand. Also I can be at a table or somewhere else in the house and charge it having my phone next to me so I can use it and have it plugged in quite a ways away.

I wanted white cord and got it. But I noticed it actually comes in pink also.

I was worried after I got it because many reviewers said the metal part that plugs into your phone broke off, some right in the phone. I tried testing the metal part by trying to wiggle it and it seemed solid. I haven’t had any problems with it.