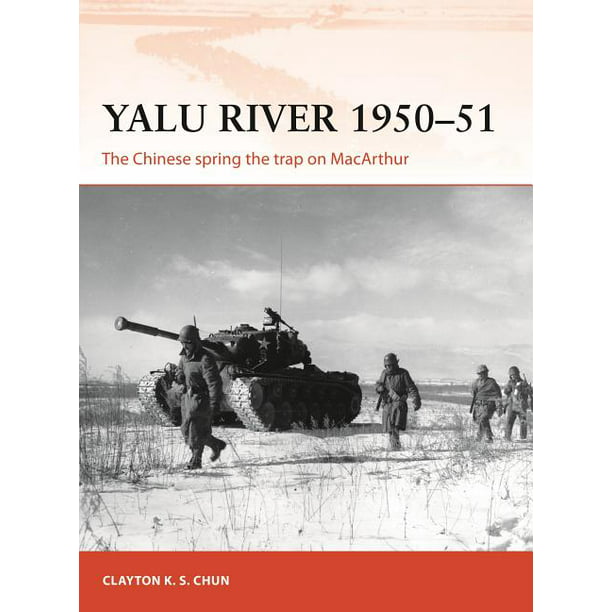 Yalu River 1950–51 : The Chinese spring the trap on MacArthur

We aim to show you accurate product information. Manufacturers, suppliers and others provide what you see here, and we have not verified it.
This gripping new study details the crisis point of the Korean War: the UN advance across into North Korea and the following Chinese offensive that drove the forces back south of the 38th Parallel.

This gripping new study details the crisis point of the Korean War: the UN advance across into North Korea and the following Chinese offensive that drove the forces back south of the 38th Parallel.

Following the Inchon landings and the breakout from the Pusan Perimeter, UN forces crossed the North Korean border on October 9 and moved on the capital Pyongyang. Many in America believed the war would be over by Christmas, but some Washington diplomatic, military, and intelligence experts continued to raise dire warnings that the People's Republic of China might intervene. Nevertheless, General MacArthur decided to push on to the Chinese/North Korean border, the Yalu River. On October 25, Communist Chinese Forces unexpectedly attacked Republic of Korea forces near Unsan. Then, on November 25, the day after MacArthur announced a “final offensive to end the war,” the Chinese 13th Army Group struck in mass against the Eighth Army in the northwest corner of North Korea, overrunning the US 2nd and 25th Infantry Divisions.

The Chinese attacks quickly shattered Truman's dream of a unified Korea. American, UN, and ROK forces could not hold a successful defensive line against the combined CCF and NKPA attacks. At the Chosin Reservoir, US Marine Corps and Army units retreated south while MacArthur's forces withdrew from Pyongyang and X Corps later pulled out of Hungnam.

Using expert research, bird's-eye views, and full-color maps, this study tells the fascinating history of the critical Yalu campaign, including the famous retreat past the 38th Parallel.