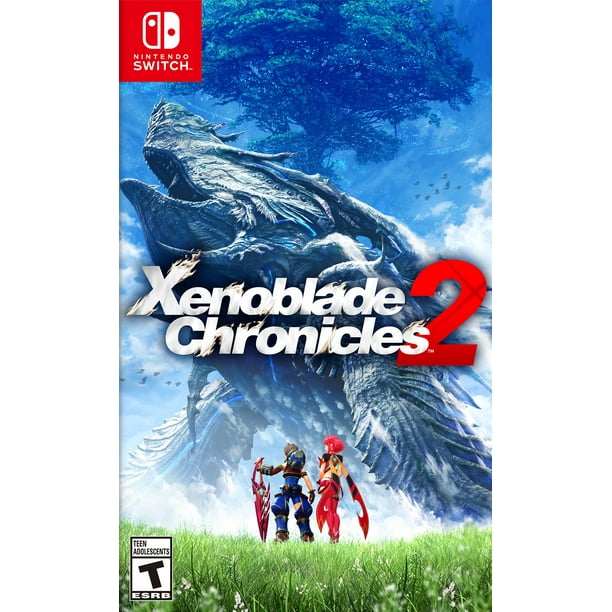 We aim to show you accurate product information. Manufacturers, suppliers and others provide what you see here, and we have not verified it.
Search for the ultimate paradise, Elysium, with your companion Pyra. Explore an endless ocean of clouds, where the last remnants of civilization live on the backs of colossal beasts called Titans. Experience the story of Rex and his new friend Pyra, a mysterious being known as a Blade who grants him tremendous power. Together, search for Pyra's long lost home Elysium, the ultimate paradise for all of humanity.

The story line is amazing and the graphics are stunning!

Fantastic RPG that you can play anywhere... anytime. Lots of hours to enjoy

Good RPG for Switch, A Lot in Return for Your $$$

No means a bad RPG, there's a whole lot for your buck. Took around 70 hours to complete the main story, and still, there is a lot more to explore and do. (Add this to the fact, that there's an Expansion Pack DLC with even more content... Though you would have to pay an extra $30) Gameplay-wise, there's not much to do initially. Later down the road, it gets interesting. Though preparing/maintaining your party can be quite a hassle. Overall, it's a complex system, so newcomers to the RPG-genre in general might feel overwhelmed by the amount of information, though are most-definitely capable of playing/enjoying this game. Story-wise, the entire plot is interesting in itself with, once again, much more crazy things to happen down the road. Though there were moments where it felt like the story could've progressed a lot faster than it was going, essentially wasting your time. A majority of the characters are memorable and likable, though I still can't advocate for the English voice acting (there's a DLC for Japanese VA as an alternative). I suppose it's a staple for JRPGs and I would believe that this story won't disappoint. Though I am a bit urked by the design choices for a majority of the female characters... Environment-wise, the game is gorgeous. Many diverse, eye-catching places and most of all, the music. Probably the best thing out of this game. From the calm, varied area music (that have Day

1. No, this game is only compatible with the Nintendo Swtich console.
by CommunityAnswer
1 Answer