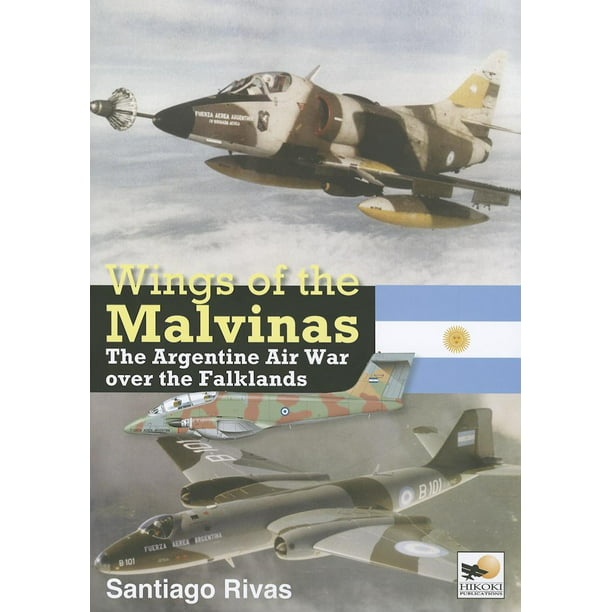 Wings of the Malvinas: The Argentine Air War Over the Falklands (Hardcover)

We aim to show you accurate product information. Manufacturers, suppliers and others provide what you see here, and we have not verified it.
In 1982 the second largest country in South America went to war with one of the major NATO powers, over a sparsely populated group of islands in a remote corner of the South Atlantic. Known as the 'Falklands' in Great Britain (even if few Britons knew of their existence before 1982), and as the 'Malvinas' in Argentina (which laid claim to the islands), the skies above and beyond this apparently insignificant territory became the backdrop to a major sea, air, and land war that neither side could afford to lose.

For the first time, Wings of the Malvinas provides a comprehensive and exhaustively researched history of the battle from the Argentinean side, from the first landings at Stanley airport to the near-suicidal bombing attacks on the Royal Navy landing force in the San Carlos strait. Far more than just a history of units and operations, Wings of the Malvinas uncovers the personal stories from both sides of the conflict: "The earth seemed to come to life; missiles, tracers, explosions, and they all seemed to be coming towards my plane. I knew I mustn't lose concentration! ...Again I pulled the trigger, watching the rockets heading for the target, when suddenly I heard bangs shaking my plane again and again. A light, an explosion and sparks began to jump everywhere to the right of my instrument panel...the canopy disintegrated and I felt the freezing air from outside. I was flying just 30 feet from the ground and I was out of control! My hands flew to the ejection handle. There was nothing more to do, I was very low, out of control and I felt that death was very close, but I wasn't scared, I was quiet."

Illustrated throughout with maps, diagrams and more than 450 photographs - the vast majority of them previously unseen, Wings of the Malvinas is the definitive account of the Argentinean air war over the Falkland Islands and the hostile waters of the South Atlantic.