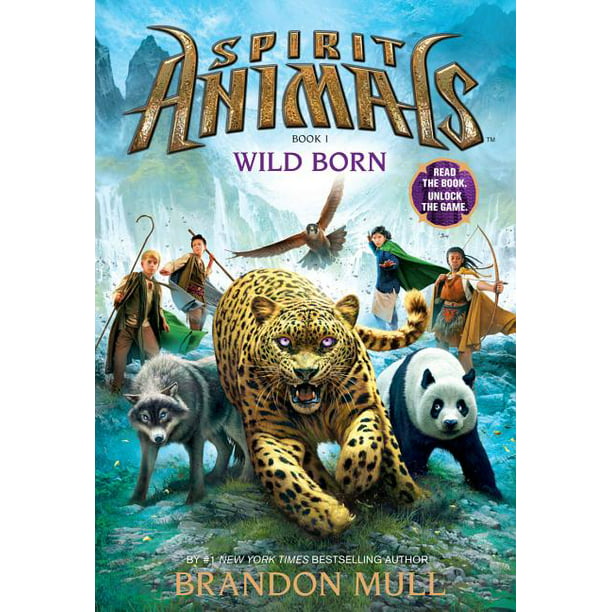 We aim to show you accurate product information. Manufacturers, suppliers and others provide what you see here, and we have not verified it.
#1 New York Times bestseller Brandon Mull launches Scholastic's wildly popular multiplatform phenomenon. Four children separated by vast distances all undergo the same ritual, watched by cloaked strangers. Four flashes of light erupt, and from them emerge the unmistakable shapes of incredible beasts -- a wolf, a leopard, a panda, a falcon. Suddenly the paths of these children -- and the world -- have been changed forever. Enter the world of Erdas, where every child who comes of age must discover if they have a spirit animal, a rare bond between human and beast that bestows great powers to both. A dark force has risen from distant and long-forgotten lands, and has begun an onslaught that will ravage the world. Now the fate of Erdas has fallen on the shoulders of four young strangers . . . and on you. Part engrossing book series, part action role-playing game -- discover your spirit animal and join the adventure.#1 New York Times bestseller Brandon Mull launches Scholastic's wildly popular multiplatform phenomenon

The purchase price of this book at walmart.com was much lower than its competitors, resulting in greater savings and greater value. The book has a suspenseful plot, which is aligned with similar series books from Scholastic, such as The 39 Clues and The Infinity Ring. My 10 year old loves it and is already looking forward to Book 2.

Good beginning to a promising series

I admit I was a bit doubtful about this series at first; however, I also admit that after reading the first book I checked the second one out of the public library within a week. Now, about a week later, I am listening to the third book on audio. Although I was unsure in the beginning, I think this is a good series for all readers, not just juvenile. The characters are very likeable, the story is full of adventure and leaves you wishing you had a spirit animal. So far the three authors have successfully weaved the books together despite the slight change in voice (that was something I was worried about). I highly recommend this book and am looking forward to reading the next few.

My son found this series in the third grade. We just completed book three and he is very excited to start book four. This series is well written, very interesting story line. Has a good level of complexity... Not boring, but not too complicated. I read it with my son (he is reading right at where he should be for his grade and can read it on his own, but does not always understand everything). I find my self looking forward to reading it with him each night. My son doesn't get too excited about reading most books, but he LOVES AND CANT WAIT to read the books in this series. I highly recommend this book series for boys or girls who enjoy science fiction or fantasy books. There are 2 girls and 2 boys as the main characters, which I think helps it appeal to girls and boys.

it was in perfect shape. It even came sooner than the expected arrival date.

In the world of Erdas, only a rare few are able to summon a spirit animal in the way that Conor, Abeke, Meilin, and Rollan have. The bond they share with their animals is a partnership that allows them to access more-than-human abilities. The four young hero's must unite to be able to stop the Devourer from taking the peace of Erdas and the family of the four.

Reviewed by JSIS-ReviewsJSIS-Reviews
Written by a librarything.com customer.
Helpful?