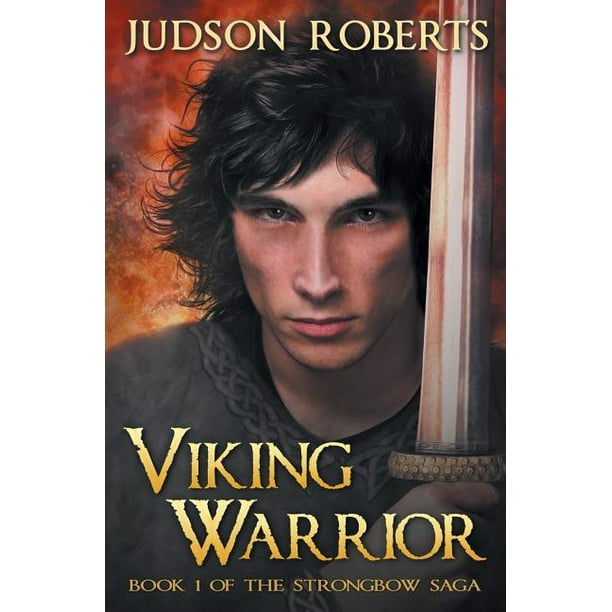 We aim to show you accurate product information. Manufacturers, suppliers and others provide what you see here, and we have not verified it.
Despite being the son of a chieftain and a princess, fourteen-year-old Halfdan lives as a slave in Denmark in A.D. 845 but through a tragic bargain he gains his freedom and sets out to claim his birthright.In 9th century Denmark, a child born to a slave is also a slave, and the property of his mother's master. Halfdan, the son of an Irish noblewoman and the Danish chieftain who captured and enslaved her, has grown up a slave in his own father's household. But the Norns, the weavers of the fates of all men, have different plans for him--although rarely do they give a gift without exacting a price. A cruel twist of fate both frees Halfdan and robs him of the mother he loves, setting him upon the path to a new destiny. But a brutal act of treachery and murder upends Halfdan's new life, sending him on the run with ruthless hunters hot on his trail. The Strongbow Saga, an epic tale of one man's unstoppable quest for justice and vengeance told across five volumes (the fifth and final installment to be released in 2016), follows Halfdan's quest for justice and vengeance in a vividly drawn story which immerses the reader in the Viking world, and carries them from the Scandinavian homelands to France, Russia, England, and Ireland, through dangerous journeys and fierce battles, through love lost and found. The story's setting is not the Viking world you might think you know. The result of almost twenty years of in-depth research, The Strongbow Saga not only weaves a fast-paced story filled with action and emotion, but also paints a detailed and historically accurate picture of the Vikings, revealing a highly developed culture in which honor was valued more than life itself, a society which was based on a strong belief in the sanctity of the law and the right to individual freedom, which had an impact on western history and culture which is seldom understood or appreciated today.

Halfdan is the son of a captured Saxon Princess and a Viking Chief. Although a love match his mother is official a slave and so is he. His father acknowledges him on his death bed elevating him suddenly to heir to a chiefdom. When the unexpected occurs Halfdan must make his way in the world as a Viking Warrior a feat that he is adept in. Robert's is knowledgeable of the viking culture and time period. His attention to descriptive details makes the world in which Halfdan is trying survive colorful and realistic. This time period does seem to be fairly violent and that is reflected in the writing. It doesn't seem over done but may be more graphic then some are used too. It doesn't seem like this book has much "buzz" which is unfortunate because I think those who try it will enjoy it. I think Middle School boys would also like this story. Robert's has just released the 3rd book and I am hoping their will be more books in the future.

Excellent historical fiction with a solid base on what life was like for most people during the time of Viking invasions (before 1000 AD). Lots of action, violence and bloodshed, so if that's not your favorite fare, this may not be for you. For those mature readers (I recommend for 8th grade and up) who can handle that, this is well written with phenomenal character development. Be ready -- Roberts has no problem killing off characters you've come to like. Book 1: Viking Warrior -- Halfdan is the son of a slave mother and a Viking chieftain, and he is recognized as a legitimate son when his father lies on his deathbed. The price for his rise from thrall (slave) to free? His mother must agree to accompany his father on his death ship, which means that she must die during the funeral ceremony. Halfdan's half sister and half brother Harald accept him, but he discovers that not everything is as it seems, and his path is set for vengeance after their berserk foster brother attacks and murders Harald.

The Norns are fates w...

The Norns are fate's weavers -- they determine the course of a man's life, and in one quick series of events, they've changed Halfdan's. Born a thrall, the son of a captured Irish princess, and a Viking chieftain, Halfdan has grown up accustomed to the life of slave. But when an ill-fated raid brings his father home with only one arm and a gaping, bubbling wound in his chest, Halfdan's mother trades her own life for his -- she will willingly enter the death ship and sail with him to the land of his Gods, but only if he frees her son. Derdriu's bargain is accepted, and so Halfdan's destiny begins. Roberts' attention to detail is minute, brutally descriptive, and often gut-wrenching. Not a book for the younger set, but more mature young adults, particularly boys, may like it. Would serve well to accompany a history unit, or to read alongside Beowulf for a more comprehensible look at Viking culture.

The Character: Halfdan is a thrall on his father's land. Born a slave, his mother was once a Irish princess before being captured. His father is a Viking chieftain, known for his prowess in battle. In a tragic twist of fate, he is given his freedom and his birthright. Finding himself suddenly elevated to the highest ranks of Viking society, Halfdan has to come to terms with his new status and all that it entails. There is so much potential for Halfdan's character, but he is never really developed. He doesn't seem to really care about anything, and doesn't act with much feeling. He is a distant character, and it was difficult to find any common ground with him. He didn't come to life on the pages, and I struggled to really care what happened to him... There isn't the identity struggle one would expect in this sort of coming of age story- he goes from thrall to landowner and doesn't even bat an eye. There's no struggle with disbelief, and only the occasional misstep which he corrects immediately. He doesn't dwell on the changes and doesn't hold any real resentment for the early parts of his life. The Plot: The story starts with Halfdan as a thrall, and resigned to that fate. But the Norns that control the fate of the Vikings have something else in store. His mother sacrifices much for his freedom, and Halfdan suddenly is able to claim his birthright. He learns to fight and sail, taking to both with the sort of ability that is near-miraculous. It all ends in a culminating fight, where the outcome is fairly predictable. The Review: I love Vikings. I have a total fascination with their ways and beliefs, and have studied about them. Roberts keeps the historical part of this story well within the known understanding of Viking culture. It was well-researched, to be sure, and there really weren't any missteps with historical accuracy (to the best of my understanding). This book has a lot of potential, but there is no feeling to the book. There's no emotional connection, and there's a whole lot of places that could be emotionally connected. When characters die, it should spark something in the story, yet everything feels flat and emotionless. I got bored by the story, and there was nothing to keep me interested in what was happening, regardless of the supposed adventure and drama.