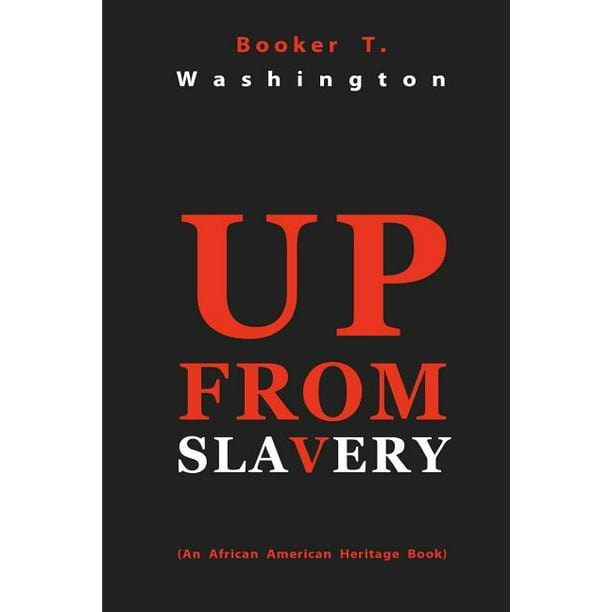 Up from Slavery (Paperback)

We aim to show you accurate product information. Manufacturers, suppliers and others provide what you see here, and we have not verified it.
Up from Slavery is the 1901 autobiography of Booker T. Washington detailing his slow and steady rise from a slave child during the Civil War, to the difficulties and obstacles he overcame to get an education at the new Hampton University, to his work establishing vocational schools-most notably the Tuskegee Institute in Alabama-to help black people and other disadvantaged minorities learn useful, marketable skills and work to pull themselves, as a race, up by the bootstraps. He reflects on the generosity of both teachers and philanthropists who helped in educating blacks and native Americans. He describes his efforts to instill manners, breeding, health and a feeling of dignity to students. His educational philosophy stresses combining academic subjects with learning a trade (something which is reminiscent of the educational theories of John Ruskin). Washington explained that the integration of practical subjects is partly designed to reassure the white community as to the usefulness of educating black people.

Booker T. Washington published this, his second, autobiography in 1901 at age 45. It is a fascinating account of his childhood slavery, emancipation, education, and rise to prominence as a college educator and highly acclaimed African American leader. This is one book I had a hard time putting down. It reveals a man deeply committed to helping African Americans in post-Reconstruction America earn respect based on their skillful work and valuable contributions to society. A quote from the book seems to summarize Washington's personal philosophy: "I have learned that success is to be measured not so much by the position that one has reached in life as by the obstacles which he has overcome while trying to succeed." He believed that striving for excellence and working cooperatively with all people, regardless of ethnicity or station, was the key to the black man winning his rightful place in the world. It is recommended reading for those wishing to broaden their understanding of and appreciation for African American history, post-Civil War race relations, or the history of higher education in America. The Penguin Classics edition has an index, endnotes (18 in all), and an interesting introduction by historian and Washington biographer Louis R. Harlan.

Reviewed by deancdeanc
Written by a librarything.com customer.
Helpful?
Average Rating:(5.0)out of 5 stars

Not so much an autobio...

Not so much an autobiography as it is a personal journal of his life work as founder and Principal of Tuskegee Institute in Alabama. His struggle to find funding in the early days is fascinating reading, especially when it begins to develop into a secondary career as a much-sought-after international public speaker. It is only a lack of detail re. his personal life aside from vocation that keeps me from rating this work five stars.

Reviewed by fredjryder1946fredjryder1946
Written by a librarything.com customer.
Helpful?
Average Rating:(5.0)out of 5 stars

Very interesting and well-written. Booker T. Washington quickly became one of my favorite historical figures as I read this autobiography, and he certainly has my respect. I would've liked to meet him. But this book has made me curious about several things, rather than informing me about them. It seems that Mr. Washington had three wives -- but he never really says much about what happened to any of them. He seems to talk a lot about lots of things, and yet, I don't feel quite as if I know much about him. I guess I'll have to do some more research.

Reviewed by BrynDahlquisBrynDahlquis
Written by a librarything.com customer.
Helpful?
Average Rating:(4.0)out of 5 stars

As a historical docume...

As a historical document, this is an impressive achievement with Washington's regular integration of statistics, news reviews, and speeches, along with his multiple brushes with historical figures such as U.S. Presidents. At the same time, whether a reader is familiar with the questions of the book's history or not, his voice doesn't come across as all-together candid. It feels formed, tailored to the subject and intent instead of the truth. I can't say that I blame the author considering his need to raise funds for projects at Tuskegee, but at the same time, it takes a great deal out of the pleasure I normally find in reading an autobiography. The language is undoubtedly graceful and telling of interesting subjects, but some of the flavor and anecdote I'd normally expect of autobiography just wasn't there. I recommend the autobiography to anyone interested in the raising of institutions, Tuskegee or others, or those interested in Washington himself, but I wouldn't recommend this probably to someone who is just generally an avid reader of autobiography. In the end, I just wanted more--more honesty, more fault, more specifics. It felt as if this was, simply, too perfectly formed and executed toward Washington's purpose of the time, so dating the text on some level.

Incredibly inspiring. I'm so glad that I was able to read this! I probably wouldn't have bothered to pick it up, if it wasn't for my college level American History class. It's a shame this isn't mandatory reading!

Reviewed by touchtheskytouchthesky
Written by a librarything.com customer.
Helpful?