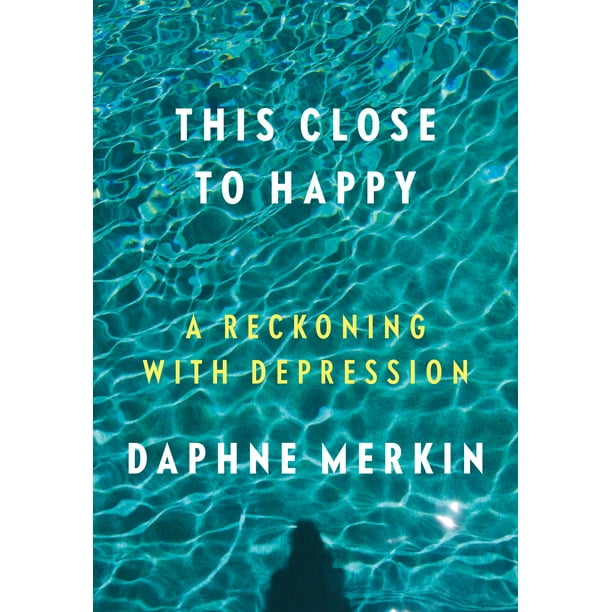 This Close to Happy : A Reckoning with Depression

We aim to show you accurate product information. Manufacturers, suppliers and others provide what you see here, and we have not verified it.
"A gifted and audacious writer confronts her lifelong battle with depression and her search for release This Close to Happy is the rare, vividly personal account of what it feels like to suffer from clinical depression, written from a woman's perspective and informed by an acute understanding of the implications of this disease over a lifetime. Taking off from essays on depression she has written for The New Yorker and The New York Times Magazine, Daphne Merkin casts her eye back to her beginnings to try to sort out the root causes of her affliction. She recounts the travails of growing up in a large, affluent family where there was a paucity of love and of basics such as food and clothing despite the presence of a chauffeur and a cook. She goes on to recount her early hospitalization for depression in poignant detail, as well as her complex relationship with her mercurial, withholding mother. Along the way Merkin also discusses her early, redemptive love of reading and gradual emergence as a writer. She eventually marries, has a child, and suffers severe postpartum depression, for which she is again hospitalized. Merkin also discusses her visits to various therapists and psychopharmocologists, which enables her to probe the causes of depression and its various treatments. The book ends in the present, where the writer has learned how to navigate her depression, if not "cure" it, after a third hospitalization in the wake of her mother's death. "--

?Despair is always described as dull,? writes Daphne Merkin, ?when the truth is that despair has a light all its own, a lunar glow, the color of mottled silver.? This Close to Happy?Merkin?s rare, vividly personal account of what it feels like to suffer from clinical depression?captures this strange light.

Daphne Merkin has been hospitalized three times: first, in grade school, for childhood depression; years later, after her daughter was born, for severe postpartum depression; and later still, after her mother died, for obsessive suicidal thinking. Recounting this series of hospitalizations, as well as her visits to myriad therapists and psychopharmacologists, Merkin fearlessly offers what the child psychiatrist Harold Koplewicz calls ?the inside view of navigating a chronic psychiatric illness to a realistic outcome.? The arc of Merkin?s affliction is lifelong, beginning in a childhood largely bereft of love and stretching into the present, where Merkin lives a high-functioning life and her depression is manageable, if not ?cured.? ?The opposite of depression,? she writes with characteristic insight, ?is not a state of unimaginable happiness . . . but a state of relative all-right-ness.?

In this dark yet vital memoir, Merkin describes not only the harrowing sorrow that she has known all her life, but also her early, redemptive love of reading and gradual emergence as a writer. Written with an acute understanding of the ways in which her condition has evolved as well as affected those around her, This Close to Happy is an utterly candid coming-to-terms with an illness that many share but few talk about, one that remains shrouded in stigma. In the words of the distinguished psychologist Carol Gilligan, ?It brings a stunningly perceptive voice into the forefront of the conversation about depression, one that is both reassuring and revelatory.?