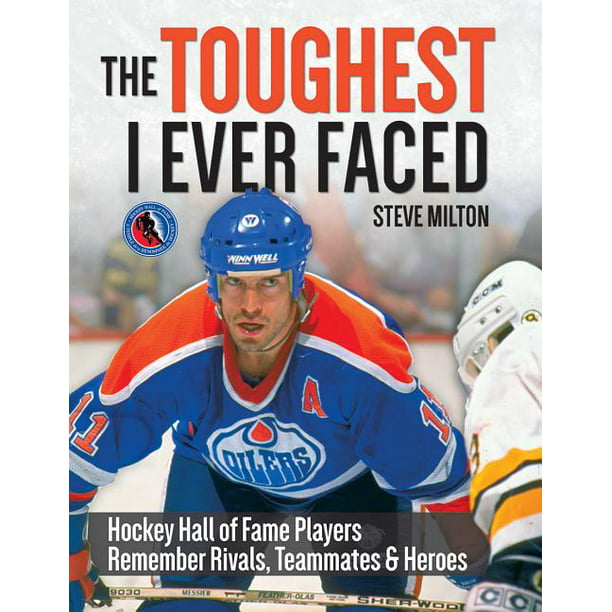 The Toughest I Ever Faced : Hockey Hall of Fame Players Remember Rivals, Teammates and Heroes

We aim to show you accurate product information. Manufacturers, suppliers and others provide what you see here, and we have not verified it.
Interviews with Hockey Hall of Famers about the fellow NHLers they thought were great.

The greatest players in the world--those inducted into the Hockey Hall of Fame--have shared with author Steve Milton their opinions on the players that impressed them most during their NHL careers.

Who did Gordie Howe name as the best player he ever played against? Who did Bob Gainey think was the most underrated player in the NHL? Who always got the best of Johnny Bower?

The names and stories of each of these players--and of each of the participating Hockey Hall of Famers--can be found in the gloriously rich and detailed The Toughest I Ever Faced.

Steve Milton's interviews reveal surprising, never before heard answers from Hall of Famers about all manner of things. Supported with lavishly illustrated pages and more than 150 photos, there has never been a book as thorough or revealing as The Toughest I Ever Faced.

Like a Venn diagram or a six-degrees of separation flowchart, The Toughest I Ever Faced presents more than 120 NHL players--and 40 Hall of Famers--and illustrates who said what about whom, and why.

Some of the great connections made in this book include:

The Toughest I Ever Faced is a truly unique book with new (sometimes shocking) insights and information--a must read for any serious hockey fan.