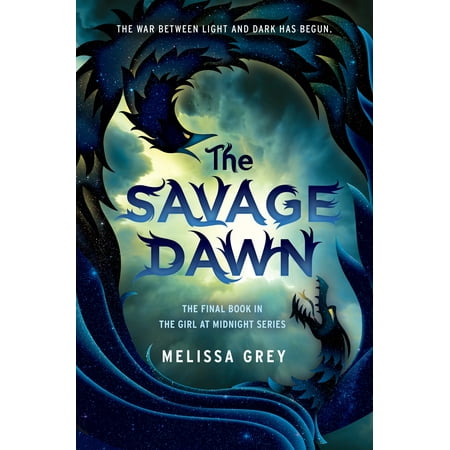 We aim to show you accurate product information. Manufacturers, suppliers and others provide what you see here, and we have not verified it.
"A darkness has entered the world and the Dragon Prince is wreaking havoc wherever she goes. With the war upon her, Echo must use every bit of her firebird powers or risk losing those she holds dear"-- The series that began with the book Danielle Paige, author of Dorothy Must Die , called “inventive, gorgeous, and epic” comes to its thrilling conclusion.

“Catnip for fans of Cassandra Clare.” —BookPage.com on The Girl at Midnight

The sides have been chosen and the battle lines drawn.

Echo awakened the Firebird. Now she is the only one with the power to face the darkness she unwittingly unleashed . . . right into the waiting hands of Tanith, the new Dragon Prince. Tanith has one goal in mind: destroy her enemies, raze their lands, and reign supreme in a new era where the Drakharin are almighty and the Avicen are nothing but a memory.

The war that has been brewing for centuries is finally imminent. But the scales are tipped. Echo might hold the power to face the darkness within the Dragon Prince, but she has far to go to master its overwhelming force. And now she’s plagued by uncertainty. With Caius no longer by her side, she doesn’t know if she can do it alone. Is she strong enough to save her home and the people she loves?

Whether Echo is ready to face this evil is not the question. The war has begun, and there is no looking back. There are only two outcomes possible: triumph or death.

Praise for the Girl at Midnight series:

“You are going to love Echo.” —Bustle.com

Actual rating: 1.5 out of 5 My feelings towards this series have been mixed at best. While I quite enjoyed the first book, since then I have unfortunately found them to be a downward slid towards this. Yet I didn't hate everything about it. The book did have a couple of excellent and exciting scenes, the best by far being Echo, Dorian and Jasper's mission to rescue Caius. It also managed to do away with the two love triangles that popped up in The Shadow Hour, so at least there's that. However, the book itself was a bit all over the place. It really felt like an early draft rather than a finished work. The novel is pushing 500 pages long and there are long stretches where nothing really happens. I would like to say that this space is spent developing character but it really felt as though we were treading old ground. Dorian and Jasper kiss, angst over it, kiss again and angst some more. Tanith is largely left to her own devices for long stretches, with no efforts made to locate her or figure out her plan. Brutal fights draw to a halt to give characters enough time to consider their feelings for each other. The plot itself felt a bit well-worn, with the kuçedra's ultimate plan being a bit typical fantasy villain. Occasionally, curious tangents reared their heads (such as the breaking of magical seals and the not-so-surprising reveal of a traitor) but these quickly sunk without a trace and were never mentioned again. The ending of the book was more than a little predictable, consisting of a particularly cliched healing of many injured characters. Perhaps I would have cared a little more if it wasn't for the fact that I was tiring of the cast by this point. No one really develops beyond what they were in the previous book. Instead, we're just treated to a lot of repetition as characters express the same feelings and beliefs over and over again. To make matters work, only Jasper and Dorian really receive any closure in the climax. We don't really find out what becomes of Ivy, Helios, the Ala or any of the rest. Even Echo doesn't have a lot to do in the climax. Despite being the Firebird, most of the action centres around Caius. All in all, this was a disappointing end to the series. While I liked the first book, unfortunately everything that followed has failed to hold my interest. Urban fantasy fans might get a kick, but the story felt a bit over-familiar and there are better stories out there.