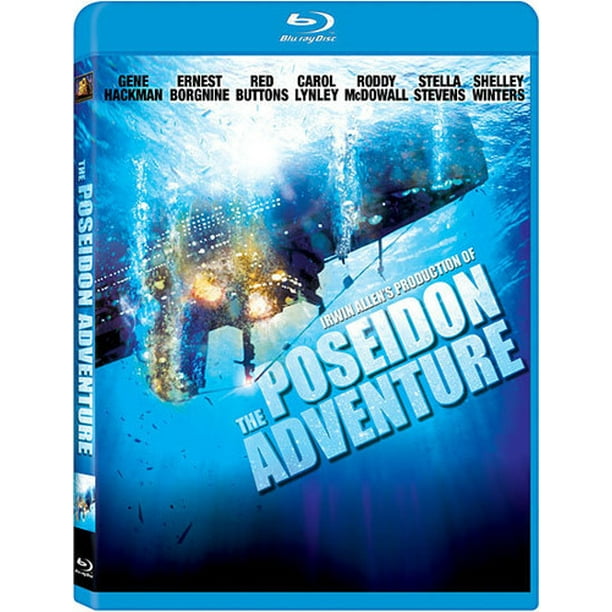 We aim to show you accurate product information. Manufacturers, suppliers and others provide what you see here, and we have not verified it.
One of the most gripping disaster films of all time follows ten survivors as they struggle to escape from an ocean liner capsized by a tidal wave. Suspenseful terror, combined with the victims' intimate and personal stories, results in compelling and heart-stopping drama. Nine ACADEMY AWARD Nominations* - including a Win for Visual Effects - make this film a true classic.The Poseidon Adventure (Blu-ray)

What others said when purchasing this item
It's a Classic!
terrence, purchased on July 8, 2020

As blu rays go, some are less clear than others, very much at the mercy of the blu ray's producer, and the actual print used for production, that being said, The Poseidon Adventure delivers a nice clear picture, and though I don't have a surround sound set-up, I can also say the sound was clear as ever. You may be hesitant to purchase The Poseidon Adventure blu ray, since for SOME REASON Walmart is the EXCLUSIVE seller of it, and honestly I was a bit concerned what I would get too, but DONT WORRY, it's a great show!

Great old movie! What a star studded cast, all A+ actors doing what they do best. The remakes of this film are shamefull in comparison. This one is truely the best, and at this price for the blue ray I couldn't pass it up!

BEST MOVIE OF ALL TIME !!

The Poseidon Adventure: Action Packed, Emotional Survival, Love Story. Movie is better then the "Titanic" By far!! A Must See Classic FAMILY MOVIE !!

I enjoyed watching this classic movie in Blu-ray. I was 14 years old when the movie debuted in 1972. I also liked the extras included, like the interviews with the actors, years later and the making of the film. I wish that the extras that were shot in widescreen would have been adjusted properly for HDTV viewing (There were black bars on all for sides). Walmart had the best price at $12.96.

1. The movie is not letterboxed.
by CommunityAnswer
Helpful?
1 Answer

1. Yes. All of the material from the special edition DVD is included on the new blu-ray.
by Hickok1837
Helpful?
1 Answer