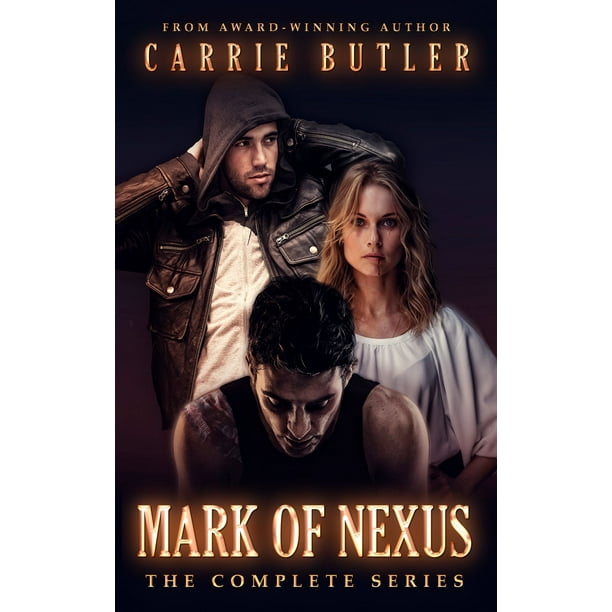 All four novels in the award-winning Mark of Nexus series in one complete set!

As seen in USA Today and noted in Writing New Adult Fiction by Deborah Halverson.

When college student Rena Collins finds herself nose-to-chest with the campus outcast, she's stunned. Wallace Blake is everything she's ever wanted in a man--except he can't touch her. His uncontrollable strength, a so-called gift from his bloodline, makes every interaction dangerous. And with a secret, supernatural war brewing among his kind, there's no time to work it out. To keep Wallace in her life, Rena will have to risk a whole lot more than her heart.

Rena Collins never thought she’d long for the past—back when affection from Wallace, her freakishly strong boyfriend, was the most dangerous aspect of her life. But now that the human-altering organization known as ERA has gone on the offensive, nothing is safe. Her bloodline is exposed, her relationships torn apart, and just when it seems like things can’t get any worse, ERA ups the ante. To save mankind from forced evolution, Rena will have to mend her broken ties and form a resistance... hand-in-hand with the one she hurt most.

Blackmail and vigilantism hold no consequence for Cole Blake, until an error in judgment stops him dead in his super-accelerated tracks. Now burdened with the closest thing he’s ever had to a conscience, he must own up to his past and fight his darker impulses—before it’s too late to shield those he actually cares about.

Rena Collins should be busy planning her happily-ever-after. Instead, she’s working for the enemy—or so they think. With the help of her fiancé Wallace and his unscrupulous brother Cole, she’s been struggling to hone her powers in secret. If they can stop Faye, the leader of ERA, the prophesied end to their war could be within reach...

Too bad they don’t get the chance.

The human experimentation project has moved forward, thanks to the help of an outside group of supernaturals, and it’s about to explode across the country. With lives on the line and a violent clash of wills suddenly at hand, Rena, Wallace, and Cole must decide where their loyalties lie. Now. Is the future of humanity worth dying for, when they aren’t even a part of it? Just how far are they willing to go?