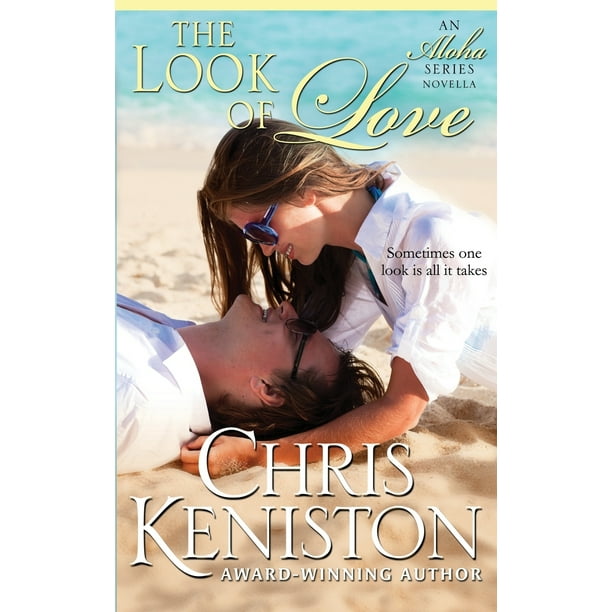 The Look of Love (Paperback)

Sometimes one look is all it takes. Thrilled to be visiting her brother in Kona for the birth of his next child, Madeleine Harper and her parents are all set for a quiet family reunion in paradise. That is if Maddie weren't distracted by the naval officer she keeps-literally-bumping into.

Retired Captain Daniel O'Neil is looking forward to two weeks in the sunny Hawaiian Islands to connect with the daughter he barely knows. Except his plans didn't include a beautiful stranger he can't forget.

More about Look of Love from the author: I was very excited to bring Nick's sister Maddie and their parents to the island for the birth of Nick and Kara's son. But I absolutely fell in love with Dan O'Neil. I do so love an officer and a gentleman. It was also a special treat for me to revisit Pearl Harbor and the Arizona memorial. I will note, though it did not happen to me, the story of the foreign tourists was true.

I always love playing with the friends and family at the Big Island dive shop and I hope you'll have fun with this little story too! Enjoy!

What if you meet the perfect guy in the airport as you both are checking in for flights? He could be "The One" but you'll probably never see him again. Then, after you show how clumsy you are, humiliated & yearning, you end up sitting beside him on the plane. Fate? Another force at work? Madeline is on her way to visit her brother, his wife & son along with her parents. While struggling with her mother's suitcases, she falls at the feet of Daniel O'Neil. After fate has them sitting together on the plane, they strike up a conversation & discover a connection. Daniel is on his way to spend time with the daughter he never knew that he had. He isn't about to start a relationship with a woman so much younger than himself. Why does fate keep throwing her in his path? This was a sweet, quick story that is a good addition to the aloha series. The men are tough ex military & the women are strong enough to hold their own. This is an enjoyable series that pulls you in & gets you involved in their lives. It also demonstrates the family atmosphere that develops around the military & how they gravitate to each other for support & understanding.

Reviewed by Pam50627Pam50627
Written by a librarything.com customer.
Helpful?