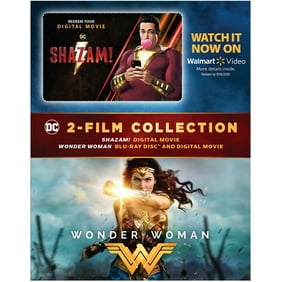 We aim to show you accurate product information. Manufacturers, suppliers and others provide what you see here, and we have not verified it.
The Little Mermaid is now part of The Walt Disney Signature Collection. This celebrated Anniversary Edition invites you to sing along with the award-winning songs, venture inside the studio for original recording sessions, and share memories with leading ladies who created iconic characters through Alan Menkenâs music.The Little Mermaid (30th Anniversary Signature Collection) (Blu-ray + DVD + Digital)

What others said when purchasing this item
It was my daughter's favorite movie when she was young and I am giving it to her to share with her daughter who is 4 years old.
Linda, purchased on May 18, 2020
Sing a long feature
Sandra, purchased on May 12, 2020

This is my favorite movie! Picture quality is excellent. Definitely would recommend.

One if my favorite Disney Movies! It was a great price for the DVD/Blu Ray and Digital copy from Walmart.com

I got this with my daughter in mind and we enjoyed watching it again, the old disney was great and worth watching.

The Little Mermaid is by far my favorite Disney movie, so when I found out this Anniversary Edition was being released, I had to buy it. The reason Iâm rating 4 stars isnât because of the movie itself (Iâd give it all the stars), but because I was a little disappointed by the price (I had found it cheaper elsewhere, but was having trouble ordering it online so I had to buy it from Walmart), but for a newly released, Blu Ray, DVD, Digital Copy combo, it is fairly priced. So happy to finally own a copy of this very special movie!