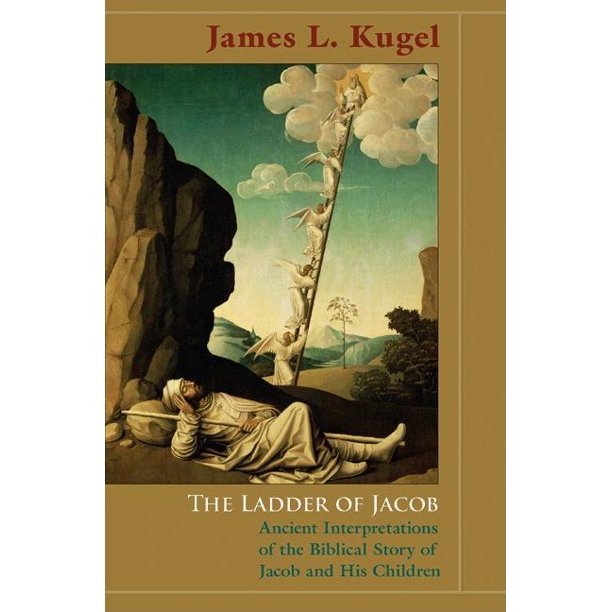 The Ladder of Jacob (Paperback)

Rife with incest, adultery, rape, and murder, the biblical story of Jacob and his children must have troubled ancient readers. By any standard, this was a family with problems. Jacob's oldest son Reuben is said to have slept with his father's concubine Bilhah. The next two sons, Simeon and Levi, tricked the men of a nearby city into undergoing circumcision, and then murdered all of them as revenge for the rape of their sister. Judah, the fourth son, had sexual relations with his own daughter-in-law. Meanwhile, jealous of their younger sibling Joseph, the brothers conspired to kill him; they later relented and merely sold him into slavery. These stories presented a particular challenge for ancient biblical interpreters. After all, Jacob's sons were the founders of the nation of Israel and ought to have been models of virtue.


In The Ladder of Jacob, renowned biblical scholar James Kugel retraces the steps of ancient biblical interpreters as they struggled with such problems. Kugel reveals how they often fixed on a little detail in the Bible's wording to deduce something not openly stated in the narrative. They concluded that Simeon and Levi were justified in killing all the men in a town to avenge the rape of their sister, and that Judah, who slept with his daughter-in-law, was the unfortunate victim of alcoholism.


These are among the earliest examples of ancient biblical interpretation (midrash). They are found in retellings of biblical stories that appeared in the closing centuries BCE--in the Book of Jubilees, the Aramaic Levi Document, the Testaments of the Twelve Patriarchs, and other noncanonical works. Through careful analysis of these retellings, Kugel is able to reconstruct how ancient interpreters worked. The Ladder of Jacob is an artful, compelling account of the very beginnings of biblical interpretation.

Publishers Weekly,In this often tedious but sometimes brilliant academic work, prize-winning biblical exegete Kugel (The Bible As It Was) conducts us on a grand tour of the meanings and methods of ancient biblical interpretation. Using the stories of Jacob and his children (Gen. 28-35) as a case study, Kugel reads carefully the ancient sources that retell these stories in order to enhance, complete or contradict them. Kugel demonstrates that such ancient sources described the biblical narratives in terms of various motifs that brought fresh meanings to the stories and their place in Israel's religious history. For example, the famous story of Jacob's dream (Gen. 28) is described variously in ancient Jewish texts as a political dream as well as a spiritual one. Kugel draws on the Testaments of the Twelve Patriarchs to demonstrate ways that ancient Jewish interpreters attempted to explain the lies, vengeance and murder in the Genesis 34 story of the rape of Jacob's daughter, Dinah. Although his study often bogs down in repetition and simplistic conclusions ("What is particularly striking about the motifs examined here... is the extent to which they... have built on one another"), Kugel helpfully guides us through the marvelous world of ancient biblical interpretation. (Apr.) (c) Copyright PWxyz, LLC. All rights reserved