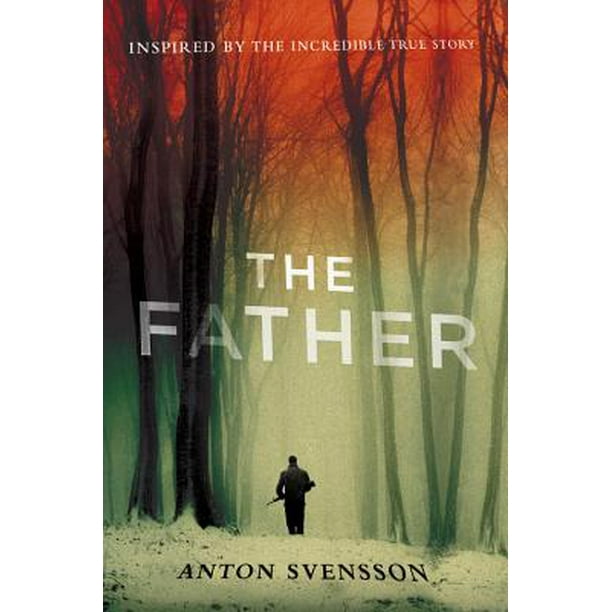 How does a child become a criminal? How does a father lose a son?

An epic crime novel with the excitement of Jo Nesbo's Headhunters and the narrative depth of We Need to Talk About Kevin, The Father is inspired by the extraordinary true story of three brothers who committed ten audacious bank robberies in Sweden over the course of just two years.

None had committed a crime before. All were under twenty-four years old. When their incredible spree had come to an end amid the glare of the international media, all of them would be changed forever as individuals and as a family.

This intoxicating, heartbreaking thriller tells the story of how three boys are transformed over the course of their lives from innocent children to the most wanted criminals in Sweden. And of the man who made them that way: their father.

As if this isnt scary...

As if this isn't scary enough, it's scarier to realize it's based on a true story. When we first meet 'The Father' he is busy beating the mother - unmercifully. This is a basic background before going into the story of the sons' life of crime. They were taught by none other than their father. The sons called themselves the Military Gang as they managed to steal a stockpile of weapons from the army before they went on to become bank robbers. Brothers Leo, Felix and Vincent are joined by their friend, Jasper (names changed). The father expected much from his eldest son, Leo, and indeed Leo became the head of the gang. During their spree, they make it to Sweden's most wanted criminals list. This certainly grabs the reader's attention very quickly and at over 500 pages, doesn't loosen up in the journey from start to finish. It's historical fiction as well, taking place in Sweden in the early 1990's. The author, Anton Svensson, is a pseudonym of Stefan Thunberg and investigative journalist Anders Roslund. Stefan was the second son of the real-life father in this story. The Guardian Feature Writer, Stuart Jeffries, interviewed Stefan in August 2015. I found the article most remarkable and interesting (The Guardian link). I don't have any timetable, but this story has been optioned to be made into a movie with DreamWorks. Currently, the authors are writing a sequel (part II) of the family twenty years later now that the boys have served their time in prison. So unfortunate - the violence and what these boys were taught. One can't help but wonder what could have been if the brutal situation in the family had been different. Written in a fictional setting, this is quite simply an amazing story that will have you pondering it for a long time. Rating: 4.5 out of 5.