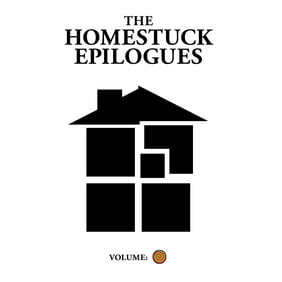 A complex ,painful, and sad play .It portrays the tragedy of a man and his wife(Laura) struggling for the possession of their daughter(Bertha), he is a freethinker, a man of ideas. "The will ... is the driving force of the mind. If it's injured, the mind falls to pieces. " His wife is uneducated narrow minded, selfish,And very cruel who appears as an evil woman and a monsterwho succeeded at the end in driving him mad"It's terribly hard to be married ... harder than anything else. I think you have to be an angel." The father wanted to remove his daughter from the ignorant and superstitious atmosphere she is living in."This house is full of women who all want to have their say about the child. My mother-in-law wants to make a Spiritualist of her. Laura wants her to be an artist; the governess wants her to be a Methodist, old Margret a Baptist, and the servant-girls want her to join the Salvation Army! It won't do to try to make a soul in patches like that. I, who have the chief right to try to form her character, am constantly opposed in my efforts. And that's why I have decided to send her away from home"He wanted to her to develop a strong character AND TO BE AN independent woman without any inference from any one,She interested only in the possession of her. Therefore she fights him with every means Even raising doubts in his mind ,that he is not the father of their child...And succeeded in making the Doctor, believe that he is actually insaneAnd every one betrays himAnd he finally diesStrindberg Wanted to say that children should have the freedom to do whatever they wanted and not to be molded to the thoughts of either of their parents..."my father's and my mother's will was against my coming into the world, and consequently I was born without a will.".it conveys the effect of the father miserable childhood on how he was raising his daughter...And the mother bizarre and idea of the mother ,that see the function of father as a breadwinner"I have worked and slaved for you, your child, your mother, your servants; I have sacrificed promotion and career; I have endured torture, flaggellation, sleeplessness, worry for your sake, until my hair has grown gray; and all that you might enjoy a life without care, and when you grew old, enjoy life over again in your child. This is the commonest kind of theft, the most brutal slavery."And has nothing to do with her daughter that is only her alone.....she appear to be psychologically in balanced "Do you remember when I first came into your life, I was like a second mother?... I loved you as my child. But ... when the nature of your feelings changed and you appeared as my lover, I blushed, and your embraces were joy that was followed by remorseful conscience as if my blood were ashamed."

Reviewed by ariesblueariesblue
Written by a librarything.com customer.
Helpful?