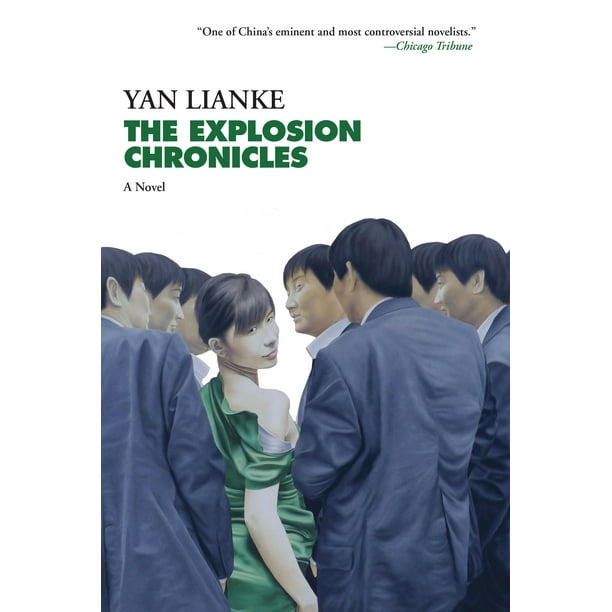 We aim to show you accurate product information. Manufacturers, suppliers and others provide what you see here, and we have not verified it.
Yan Lianke is one of the most acclaimed writers of contemporary China--twice a finalist for the Man Booker International Prize, as well as the winner of the prestigious Franz Kafka Prize--and he has been lauded for his imaginative satire and perceptive cultural critique. The Explosion Chronicles tells the unforgettable tale of rival families competing in a greed-fueled race to convert their sleepy, rural community into a thriving super metropolis. With the Yi River on one side and the Balou Mountains on the other, the remote village of Explosion was founded more than a millennium ago by refugees fleeing a seismic volcanic eruption. But in the post-Mao era, the name takes on surprising significance as the villagers aspire to transform their poor province into a bustling city of millions. Behind this explosive expansion are the four Kong brothers, whose loyalty is tested when they set out to fulfill their individual destinies; Zhu Ying, a wealthy businesswoman and the daughter of the former village chief; and Cheng Qing, a secretary climbing the ranks to become an influential political figure. Linked together by a web of lies, vice, and ambition, they are the driving force behind their hometown's transformation. And when Explosion's progress begins to take a lethal toll, they are forced to confront the sacrifices they have made for power and money. Brimming with absurdity, intelligence, and wit, The Explosion Chronicles is a riotous exploration of the high stakes of unbridled authority, the consequences of corruption, the polarizing dynamics of love and hate, and the seemingly unstoppable excesses of capitalist culture.