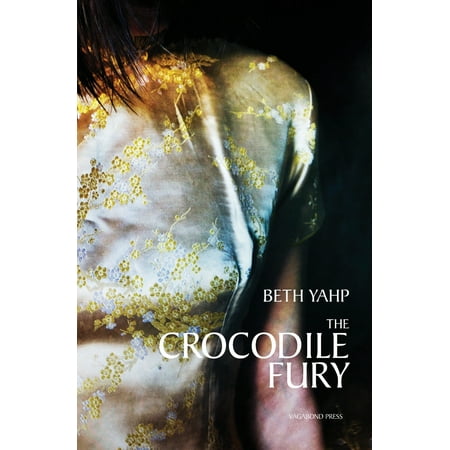 Set in a convent school on a jungle-covered hill on the outskirts of a Southeast Asian city, The Crocodile Fury follows the fortunes of three generations: the grandmother who was a bonded servant when the convent was a rich man's mansion; the mother who works each day in the convent laundry; and the girl who tells the story. Filled with naughty convent girls, a 'ghostchasing' grandmother and stories of mysterious sea creatures and a Lizard Boy who grows into a fierce anti-colonial jungle fighter, Yahp's novel was first published in Australia in 1992. 'Serpentine and lithe... distinguished by Yahp's mischievous wit and wondrously spirited storytelling' (The Age), The Crocodile Fury is also 'a novel of wonders... rich with magic, secrets, dragons, curses, ghosts and most importantly stories'(Australian Book Review). It won the Victorian Premier's Prize for First Fiction and the NSW Ethnic Affairs Commission Award and has been translated into several languages.

"Yahp skillfully spins a yarn about her native Malaysia. The tale recounts the lives of three generations of women in a family--the narrator, a cloistered convent school girl; the girl's unlucky mother, who does laundry for the convent; and the girl's grandmother, a servant to the rich man who had lived in the mansion that later became the convent. The grandmother stars in this tale, and shares her expertise on the topic of 'ghostchasing', with her granddaughter: 'Never fit your body into the natural curves and hollows of the earth or rocks or trees for these are the resting places of spirits, who won't appreciate being sat on, or coming back to find you there.' Yahp's lyrical novel blends sensory impressions and superstitious lore. While facts are repeated without moving the plot forward and aspects of the plot go unexplained (why is the girl's bullying school pal so important to the grandmother?), the story vividly and rhythmically evokes a society where Eastern traditions continuously clash with those imposed by the West. Muses the girl about her history, "The stories we unearth are like the ruined fountains and garden statues we stumble over, showing only their broken pieces, their missing bits." Publishers Weekly

'Yahp's storytelling is serpentine and lithe... Stories rise, tease, then slip away, only to resurface later. As the interlocking stories edge forward, together they become a grand narrative front moving to an elaborate choreography... Distinguished by Yahp's mischievous wit and wondrously spirited storytelling of unearthly things.' The Age