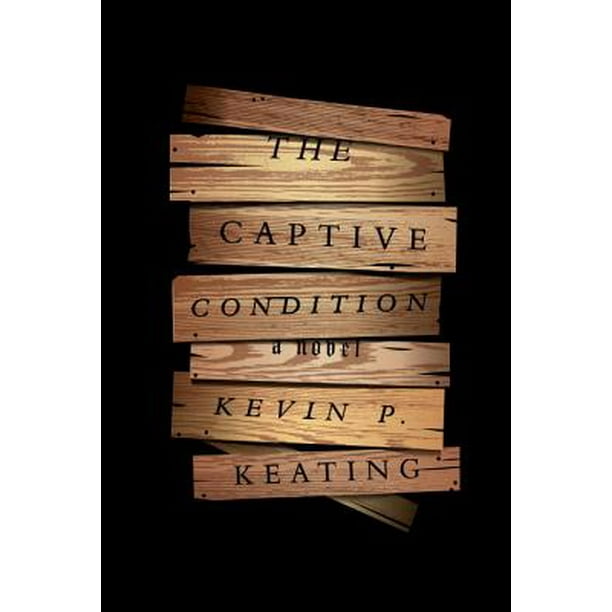 The Captive Condition : A Novel

We aim to show you accurate product information. Manufacturers, suppliers and others provide what you see here, and we have not verified it.
"A seemingly idyllic Midwestern college town turns out to be a nexus of horror in this spellbinding novel--emotionally and psychologically complex, at once chilling and deliciously dark--from a thrilling new voice in fiction. When Emily Ryan is found drowned in the family pool, pumped full of barbiturates and alcohol, a series of events with cataclysmic consequences ensues. Emily's lover, a college professor, finds himself responsible for her twin daughters, whose piercing stares fill him with the guilt and anguish he so desperately tries to hide from his wife. A low-level criminal named The Gonk takes over the cottage of a reclusive elderly artist, complete with graveyard and moonshine still, and devises plans for both. His young apprentice, haunted by inner demons, seeks retribution for the professor's wicked deeds. The town itself, buzzing into decadent life after sundown, traps its inhabitants in patterns of inexplicable behavior all the while drawing them toward a night in which the horror will reach its disturbing and inevitable conclusion. Delving into the deepest recesses of the human capacity for evil, Kevin P. Keating's masterful novel will captivate readers from first to last"--From a thrilling new voice in fiction comes a chilling and deliciously dark novel about an idyllic Midwestern college town that turns out to be a panorama of depravity and a nexus of horror.

For years Normandy Falls has been haunted by its strange history and the aggrieved spirits said to roam its graveyards. Despite warnings, Edmund Campion is determined to pursue an advanced degree there. But Edmund soon learns he isn’t immune to the impersonal trappings of fate: his girlfriend, Morgan Fey, smashes his heart; his adviser, Professor Martin Kingsley, crushes him with frivolous assignments; and his dead-end job begins to take a toll on his physical and mental health. One night he stumbles upon the body of Emily Ryan, an unapologetic townie, drowned in her family pool. Was it suicide or murder? In the days that follow, Emily’s husband, Charlie, crippled by self-loathing and frozen with fear, attempts to flee his disastrous life and sends their twin daughters to stay with the Kingsleys. Possessed by an unnamed, preternatural power, the twins know that the professor seduced their mother and may have had a hand in her fate. With their piercing stares, the girls fill Martin with a remorse that he desperately tries to hide from his wife. Elsewhere, a low-level criminal named the Gonk takes over a remote cottage, complete with a burial ground and moonshine still, and devises plans for both. Xavier D’Avignon, the eccentric chef of a failing French restaurant, supplies customers with a hallucinogenic cocktail. And Colette Collins, an elderly local artist of the surreal, attends a retrospective of her work that is destined to set the whole town on fire.

Kevin P. Keating’s masterly novel delves into the deepest recesses of the human capacity for evil.

The Captive Condition by Kevin P. Keating is a modern Gothic horror novel set in Normandy Falls a small Midwestern college town. Edmund Campion is pursuing a master's degree at the college while also working for the college growns-crew and physical plant. He notices that his professor, Martin Kingsley, is having an affair with his neighbor, Emily Ryan. One drunken night Edmund discovers Emily has drowned in her pool and he begins to obsess on the dead woman. Adding to the creepy mix is his boss called the Gonk; Emily's malicious twin girls (picture the hallway scene in the movie The Shining); Edmund's ex-girlfriend Morgan Fey who works for a chef/drug dealer Xavier D'Avignon (who supplies hallucinogenic carrot juice to the town), and an exotic dancer called Lorelei who has fish tattoos. The whole town is haunted by a strange history and many would say evil spirits who mean to harm the living.This is a very dark, mysterious novel with an overabundance of drinking or intoxication of some variety. Although, at the beginning, there are glimmers of humor in descriptions, The Captive Condition quickly turns horrific and frightening. Keating writes in a very stylistic manner that is reminiscent of old Gothic horror novels, which adds to the bleak mood he creates. While I can't fault the writing or the plot for any drawbacks, as the novel progressed I wasn't quite as engaged with it as I expected to be and felt disconnected. There were parts where I admired the writing a great deal, but, as the novel descended into horror it left me behind. I would recommend it based on the quality of the writing alone and would highly recommended for anyone who enjoys complex, frightening Gothic horror novels.Disclosure: My Kindle edition was courtesy of Knopf Doubleday for review purposes.