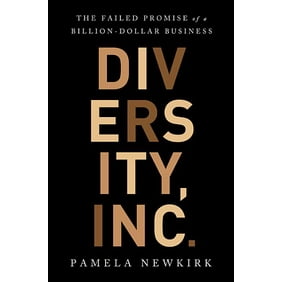 Theodore Bundy was one of the more infamous, and flamboyant, American serial killers on record, and his story is a complex mix of psychopathology, criminal investigation, and the U.S. legal system. This in-depth examination of Bundy's life and his killing spree that totaled dozens of victims is drawn from legal transcripts, correspondence and interviews with detectives and prosecutors. Using these sources, new information on several murders is unveiled. The biography follows Bundy from his broken family background to his execution in the electric chair.

I have read nearly eve...

I have read nearly every book written on Ted Bundy and when I heard about this one, I knew I had to read it. Particularly when the author claimed that he had previously unpublished information about some of the crimes. I have heard that every true crime affectionado has a "favorite" (for lack of better word) crime or criminal and I suppose that's correct. There are some crimes, such as Bundy's, that I can read many books about without getting weary and there are other crimes that I have absolutely no desire to pick up the first book on. For any reader who is unfamiliar with Bundy's crimes in general, The Bundy Murders is a great book to start with. It's not daunting in size (a relatively sleek 264 pages), with a variety of pictures (including ones the author took at locations that Bundy lived at or where he abducted a victim) and the text is easy to read, with a very nice overview of Bundy's past and formative years. For those readers who have read other works about Bundy, I think you will find The Bundy Murders a resourceful tool that not only sheds further light on the killer himself but additional information, as Kevin Sullivan stated, about a few of Bundy's lesser known crimes and about the victims themselves. One of my greatest pet peeves, and overall sadness, with some true crime books is the general lack of attention to the victims themselves. I understand that in some cases, the sheer volume of people being dealt with prohibits in depth information from being written. But I feel that in some true crime books, the victims are presented as just that - - victims, with nothing special other than the fact they happened to cross paths with a monster. I feel that Mr. Sullivan has done an admirable job here in bringing to the forefront personalities and characteristics of many of the young women and girls that Bundy spirited away - - particularly those that did not receive as much press as the others at the time of the crimes. I also want to commend Mr. Sullivan for acknowledging that Bundy, and others like him, don't just take away the life of a single victim but often tend to destroy entire families. In The Bundy Murders' case, the families of the girls Bundy abducted and killed were subjected to not only the grief of losing a loved one in such a violent way but also divorces, early deaths, alcoholism and drug dependency. Oftentimes the criminal himself (or herself, as the case may be) becomes the "star" of the show and the living victims (the family and friends left behind) and their pain are quickly forgotten. Not so here. I do wish that The Bundy Murders had gone more into Bundy's paternity. Mr. Sullivan mentioned that Bundy's biological father was supposedly a sailor who left his mother alone and pregnant but I would have liked for the book to address the rumors that Bundy's maternal grandfather may also have been his biological father, rumors that began circulating shortly after Bundy's execution in 1989. Mr. Sullivan does keep his text to those victims that were absolutely attributed to Bundy, or that Bundy admitted to taking, and does provide a small amount of information as to Bundy's possible first victim, since Bundy never fully admitted or denied his part in her disappearance. Overall, I found The Bundy Murders to be insightful, well researched and well written, and this in a market that can be oversaturated with cheap, "dime store" type quickie books. Rest assured that The Bundy Murders must definitely is not. The story stayed with me after I had closed the book for the night and prepared for sleep (and might I add that I had a hard time closing the book because I literally couldn't put it down). I felt sadness for the young women and girls who had lost their lives due to Bundy, I felt sadness for their families and friends, I felt sadness for Bundy's family and even I felt sadness for what Bundy could have been had the monster not been lurking below. I would highly recommend The Bundy Murders for any true crime reader, or any reader wanting to know more about Bundy or about deviant personalities. The photographs are not graphic and the text is not objectionable. There are parts that may be difficult to read, particularly given that Bundy did play tricks on his victims after he had them in his murderous grasp, but the facts are presented in such a way as to be informative and a fascinating look into a crumbling psyche. In fact, this book should be required reading for any student of psychology or criminal law (ironically what Bundy was during his years at college and law school).

Reviewed by LoriHedgpethLoriHedgpeth
Written by a librarything.com customer.
Helpful?