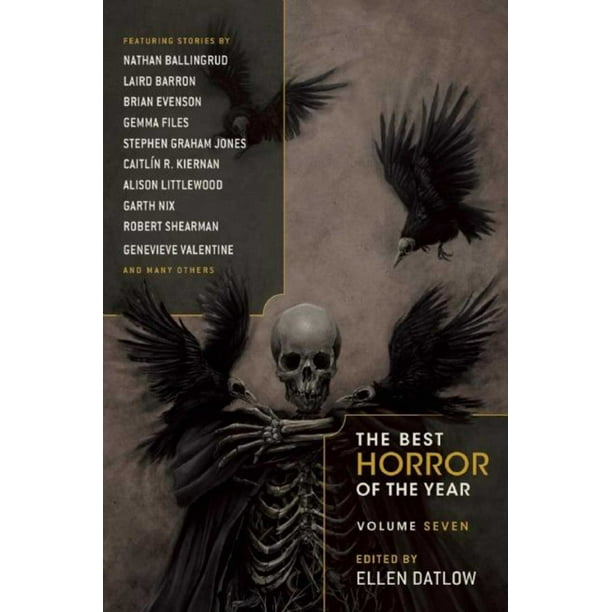 The Best Horror of the Year Volume Seven

We aim to show you accurate product information. Manufacturers, suppliers and others provide what you see here, and we have not verified it.
Includes short biographical sketches of the authors.A sin-eater plies the tools of her dangerous trade; a jealous husband takes his rival on a hunting trip; a student torments one of his teachers; a cheap grafter is selling artifacts form hell; something is haunting the departure lounge of an airport . . .

For over three decades, award-winning editor and anthologist Ellen Datlow has had her finger on the pulse of the latest and most terrifying in horror writing. Night Shade Books is proud to present the seventh volume in this annual series, a new collection of stories to keep you up at night.

Skyhorse Publishing, under our Night Shade and Talos imprints, is proud to publish a broad range of titles for readers interested in science fiction (space opera, time travel, hard SF, alien invasion, near-future dystopia), fantasy (grimdark, sword and sorcery, contemporary urban fantasy, steampunk, alternative history), and horror (zombies, vampires, and the occult and supernatural), and much more. While not every title we publish becomes a New York Times bestseller, a national bestseller, or a Hugo or Nebula award-winner, we are committed to publishing quality books from a diverse group of authors.

Half of the stories ar...

Half of the stories are fives, half are twos. Most of the good ones are up front.

Half of the stories ar...

Half of the stories are fives, half are twos. Most of the good ones are up front.