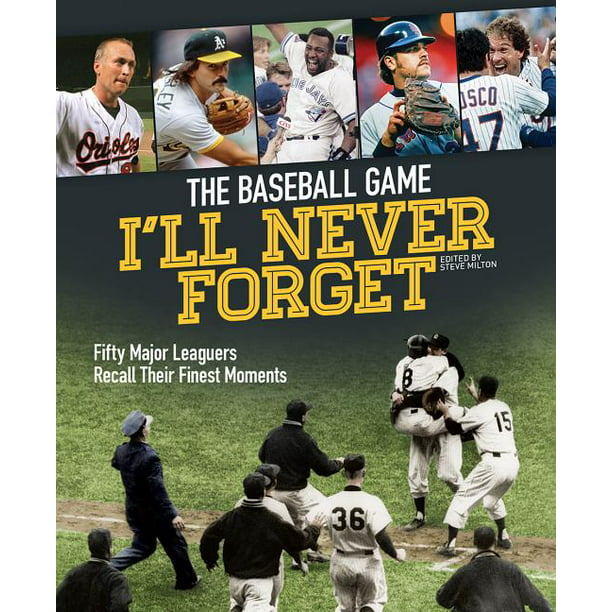 Fifty of baseball's best recount their most memorable game.

With careers that often span decades, and with more than 160 games in each season, baseball players have a lot to consider when choosing the one game that stands out -- but there is always at least one that leaps to mind for the "boys of summer".

From the expressive Yogi Berra, who chose to recount a few of his best and worst moments, to hitting genius Stan Musial's "march to 3000", Milton chooses players from the 1950s through to modern day. They include:

But it is Mike Piazza's memory that may stand out most. He recalls playing an "emotionally excruciating" game at Shea Stadium just a couple of days after the 9/11 attack. Like all New Yorkers those were days he never forgot. For Piazza, he would come to learn over the years that followed how deep and profound an impact that game had on the rest of his life.

The Baseball Game I'll Never Forget includes much of what makes baseball a timeless sport: readers will learn about nail-biting victories, home runs, perfect games and career milestones. Mistakes made, chances lost, fear of failure, coaches and managers with their own often harsh opinions all salt the stories told by these heroes of the diamond.

The Baseball Game I'll Never Forget is a unique account of some incredible games and the players who played them.