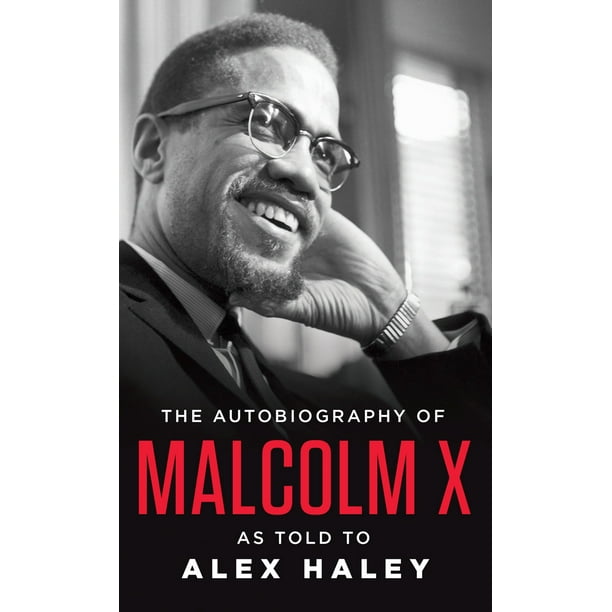 The Autobiography of Malcolm X

Or get it by Fri, Oct 2 with faster delivery

We aim to show you accurate product information. Manufacturers, suppliers and others provide what you see here, and we have not verified it.
Through a life of passion and struggle, Malcolm X became one of the most influential figures of the 20th Century. In this riveting account, he tells of his journey from a prison cell to Mecca, describing his transition from hoodlum to Muslim minister. Here, the man who called himself "the angriest Black man in America" relates how his conversion to true Islam helped him confront his rage and recognize the brotherhood of all mankind.
An established classic of modern America, "The Autobiography of Malcolm X" was hailed by the New York Times as "Extraordinary. A brilliant, painful, important book." Still extraordinary, still important, this electrifying story has transformed Malcom X's life into his legacy. The strength of his words, the power of his ideas continue to resonate more than a generation after they first appeared.ONE OF TIME’S TEN MOST IMPORTANT NONFICTION BOOKS OF THE TWENTIETH CENTURY

In the searing pages of this classic autobiography, originally published in 1964, Malcolm X, the Muslim leader, firebrand, and anti-integrationist, tells the extraordinary story of his life and the growth of the Black Muslim movement. His fascinating perspective on the lies and limitations of the American Dream, and the inherent racism in a society that denies its nonwhite citizens the opportunity to dream, gives extraordinary insight into the most urgent issues of our own time. The Autobiography of Malcolm X stands as the definitive statement of a movement and a man whose work was never completed but whose message is timeless. It is essential reading for anyone who wants to understand America.

Praise for The Autobiography of Malcolm X

“Malcolm X’s autobiography seemed to offer something different. His repeated acts of self-creation spoke to me; the blunt poetry of his words, his unadorned insistence on respect, promised a new and uncompromising order, martial in its discipline, forged through sheer force of will.” —Barack Obama

“A great book . . . Its dead level honesty, its passion, its exalted purpose, will make it stand as a monument to the most painful truth.” —The Nation

“This book will have a permanent place in the literature of the Afro-American struggle.” —I. F. Stone

this books is awesome. Malcolm X was a great man . his story is told in a way that keeps you captivated. he was definitely a brilliant and very intelligent man. I would recommend this book a thousand times over that's how good it is

This is an essential book for Americans to read. The story is riveting and the message is powerful.

This book is a great read and a must have. This book is well written and provides an unparalleled context of America and the life of Malcom X. This is a book that can be read and re-read and enjoyed each time

This is the most signi...

This is the most significant book that I have read this year. One could say that it is a disgrace that it has taken me 50 years to get around to so doing, but a decent distance adds to the value of this work. I cannot agree with Malcolm X's proposed solution to black oppression: segregation and an independent black power base, but I can understand why he should believe this. Indeed, were I to have come from such a downtrodden group, it is entirely plausible that I would have been more aggressive than Malcolm. I think that, had he lived longer, Malcolm X may well have further revised his beliefs. The idea that all black people are like this, whilst all white people are like that, is obviously nonsense and the idea that racism only exists between black and white is just as untrue. Following his trip to the Hajj, he had pulled back on the all whites are evil argument but, this biography gives plenty of reasons as to why he should have originally held that view. One of the things that I found fascinating, and I would love to be able to discuss with 'X', is his attitude to women. It always intrigues me to see how an oppressed group can so clearly see the wrong done to them, but fail to see the error in their view of others. Malcolm X's opinion of women was pretty bad, even allowing for the fact that society in general had a less respectful attitude to the female position in society. The book is a real eye opener as to how many non-white groups, both within and outside America, look upon the century's master race. The UK, too, is not without guilt in this area and if every white person were to read this, without necessarily agreeing, but at least accepting, that these views represent a sizable body of opinion, we would all be wiser. Finally, a quote, from the book, which very few will expect to have come from the mouth of Malcolm X: Men are attracted by spirit. By power, men are forced. Love is engendered by spirit. By power, anxieties are created. Doesn't sound like the world's most dangerous man, does it?

Its more likely than ...

It's more likely than not that most people remember this book because of the movie by Spike Lee, with Denzel Washington playing X. And it's a brilliant movie (when it was announced that Lee would be directing, I had my doubts; now it is one of my favorite films of all times). The book is equally engaging, written by Alex Haley (author of Roots)for Malcom X. Even though Haley did the writing, the voice is definitely Malcom's, which is the brilliance of Haley as writer. As a work of creative non-fiction (but there is little to be creative about as Malcom's life was incredible), it is up there with the best of them (Capote, Mailer, Talese). This is a writing process I would have loved to witness. The book will hook you immediately with dramatic scenes of Malcom's origins, his transition into criminality, his spiritual growth with the Nation of Islam. Problem with Malcom (for others), he never stopped growing to the displeasure of cohorts whose envy of him became pathological. Combine that with the zeal of the FBI and you have an assasination ladies and gentlemen. Dead so young and at the apex of his understanding and focus. What would the world have been like if Malcom X had lived?

Reviewed by macktan894macktan894
Written by a librarything.com customer.
Helpful?