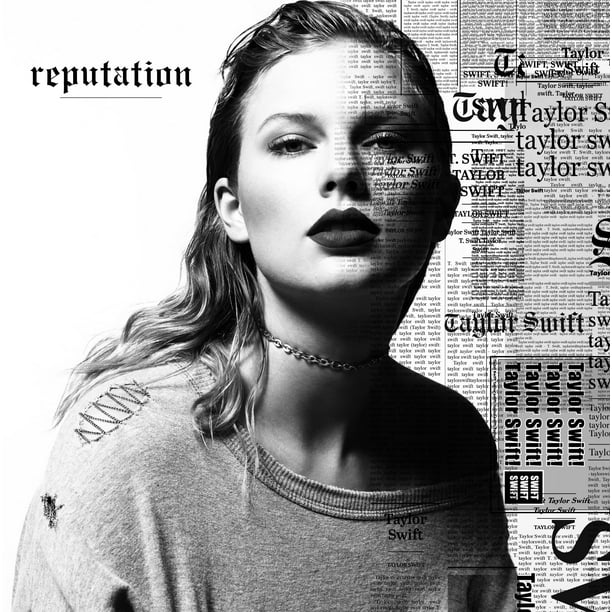 What others said when purchasing this item
MY DAUGHTER'S FAVORITE ARTIST
JANIE, purchased on September 22, 2020
It is one of our best CDs are those awesome CD
Brian, purchased on June 24, 2020

Shipping in a excellent conditions and the exactly expecting day!!!

My friend absoutlety loves this artist and thought it would be the perfect gift for them. She absoulety loves the gift! I recomend ​this gift to anyone who is a huge fan of Taylor Swift.

TAYLOR SWIFT IS A POP GODDESS WORTHY OF YOUR MONEY

OKAY WALMART SHOPPERS... SO TAYLORS ONLY DROPPED THE FIRST SINGLE AND THIS ALBUM IS ALREADY ONE OF HER BEST! LOOK WHAT YOU MADE ME DO IS SUCH A BOP AND IM SURE YOUVE BEEN DANCING TO IT ALL WEEK. 'What now?' you may be asking, after you listen to Look What You Made Me Do for the first time. Heres what you can do now: BUY REPUTATION NOW!! This album is going to be Taylors best, mark my words. How that's possible, I don't know, considering all of her albums are lyrical masterpieces. I love the concept of this album, in the fact that she won't put up with the media's "reputation" of her any longer. Instead, she'll take the stage and SET THEM STRAIGHT. I would recommend this album to anyone with eardrums. I haven't even heard the other 14 tracks and I can already guarantee you this album is worth buying. PREORDER REPUTATION NOW, or, if you're reading this after November 10, buy it today!! IT WILL BE THE BEST DECISION YOU EVER MADE!! -Lily (tumblr: dibblesthepegacorn)

From the best song ever, " Getaway Car" to the fun upbeat song, " Gorgeous" and the fantastic way she sings on "Nice Things" this album is fantastic! This one of Taylor's best albums and every song is amazing!! I kinda miss her country music but she is truly amazing with all the albums she releases! Truly an amazing album from the first song to the last song!

Amazing! Must admit took a bit listening to each song, but now can't get them out of my head! Love them all "Endgame" has to be on top of one of my favorites! But "Getaway Car" is not far behind. "New Years Day" beautiful. Just get the album you wouldn't be dissappointed! Love the risks she took with this album!

1. It is just the cd
by Potatoswift
Helpful?
2. It has the box and poster.
by flufftige
Helpful?
2 Answers

1. NO, it does not come with a poster.
by CommunityAnswer
Helpful?
1 Answer

1. There are 15 tracks on this CD, including ...Ready for It?, End Game, I Did Something Bad, Don't Blame Me, Delicate, Look What You Made Me Do, So It Goes..., Gorgeous, Getaway Car, King of My Heart, Dancing With Our Hands Tied, Dress, This Is Why We Can't Have Nice Things, Call It What You Want and New Year's Day.
by CommunityAnswer
Helpful?
1 Answer