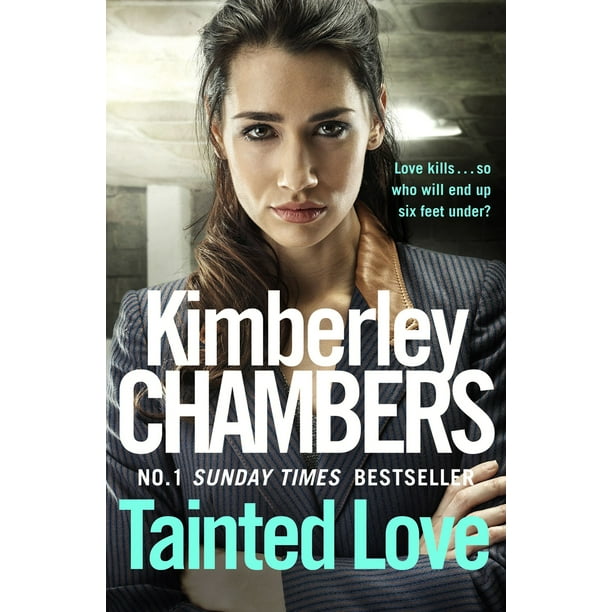 *If you love The Butlers, meet QUEENIE! Kimberley Chambers’ new No.1 bestseller and prequel to The Butler series is out now!*

Nobody can hurt you like the ones you love…

Blood is thicker than water, love is stronger than hate – and that’s the problem. When your brother has betrayed you, there’s no coming back.

Vinny and Michael have always protected each other and provided for the family. Together they were formidable but business always stopped at the front door. Now someone has changed the rules – women and children are fair game and one of the Butlers is going to end up six feet under.

Little Vinny is battling not to follow in his father’s footsteps. Sweet Sammi-Lou has just vowed ‘til death do us part, but it’s only a matter of time before the truth comes out about the murder he committed.

Dark secrets are spiralling out of control and have the power to destroy them all for good. Is this the final nail in the Butler family coffin?

Tainted Love - A Brilliant Gritty Thriller. I have to disagree with many reviewers who say that you need to read the two books prior to Tainted Love by Kimberley Chambers. While having a more detailed knowledge of the characters in this book may be required by some, I do not think it is needed for others. This is a well written, well plotted, crime thriller, whose characters stand out, and there is plenty of background to them within the book. The prologue opens with Queenie Butler packing her things up and finally leaving Whitechapel, her home over the years. Long time neighbour Stan asks Queenie where it all went wrong, which then takes us back to 1986, and the East End and its mean streets ruled by her two sons Vinny and Michael. Michael and Vinny were not just 'faces' around the East End they were the East End as far as the locals were concerned, it was their manor. Nothing happened there without them knowing, nobody crossed them without being brought up before them, they ruled with a rod of steel and pure fear. Queenie and her sister Viv were the matriarchs of the family, loved by the family and also equally feared. From 1986 to 2001 we are taken on a high speed tour of the family and how it could grow apart and then once again come together. We see both Vinny and Michael's children also take their rightful place in the East End society. Dan and Lee were Michael's boys, with Little Vinny and Ava, Vinny's children. We see them get older and develop their own character; Ava cared for by Queenie with Fred her dog, who has a thing for Viv's leg. As the years pass we are able to see the very complicated relationship of brothers and cousins develop in interesting and competing ways. Dan the growing presence of the family while Little Vinny is the businessman of the next generation, and how the women of the family can see through all the men and get to the heart of the matter. If one was looking for marriage or relationship advice the last people you would be the Butler family. The great thing about Tainted Love that it is hard to write a review and not reveal the plot, hence why I am unwilling to even give a guide to what happens between 1986 and 2001. One thing I will say that it is completely gripping, realistic and believable, especially when dealing with Whitechapel and the changes that came to the East End in the 80s and 90s. Those changes are also part of the problem for the Butler's. Undoubtedly Vinny is a nasty piece of work who you would not want to cross for any price and this screams from the pages, where his brother Michael is different but can get just as nasty if required. Watching the younger Butler's develop is interesting and will no doubt carry on the Butler name in to the future. Tainted Love is a fantastic book and I made me smile when I saw where the title came from, but that would spoil the plot. Anyone who has had a run in with Her Majesty's finest and been near the type of circles the Butlers move in will recognise the characterisation of many they have come across in the Butlers. This might be set in the East End, but could easily be Salford, Moss Side in Greater Manchester or Northfield in Birmingham, St Paul's Bristol, amongst many. Kimberley Chambers really is a master of gritty crime fiction, she knows how to draw you in and like her villains grab you by the throat and only release you when she is ready to finish the book. Her writing is crisp and clear with no wasted bulking out of the story; her words are like bullets hitting the target every time.