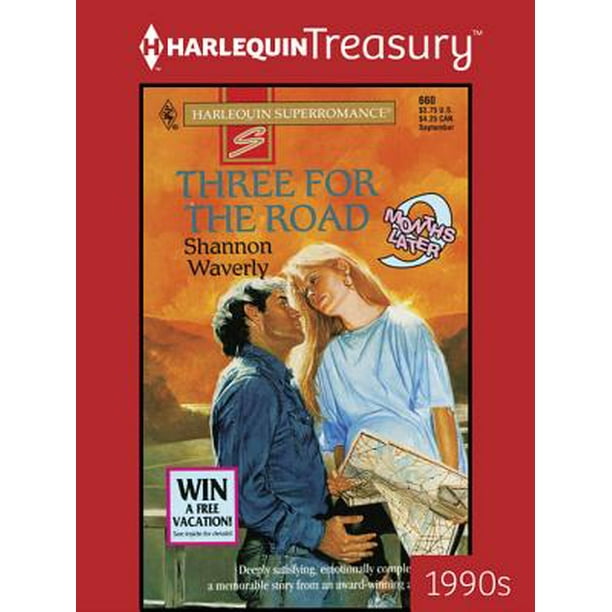 THREE FOR THE ROAD - eBook

Pregnant and on her own!

She has no intention of marrying her baby's father.

She's lost her credit cars, her driver's license and her money.

She's on her own for the first time in her life.

Then she meets Pete Mitchell-tough, sexy, a confirmed bachelor.

Things are looking up.

Mary Elizabeth is the ...

Mary Elizabeth is the daughter in a high society family and is three months pregnant, to her father's complete disgust. Even more horrifying, Mary isn't planning on marrying the baby's father! Bum bum bum!! After disappoint her father, well the man she thought was her father because she just found out her mother had an affair and she was the product, Mary takes off in an RV bent on making it to Florida. Unfortunately, along the way she lost and stuck, so she stops at a bar and inadvertently starting a man fight and meet Peter. During the fight both Pete and Mary are arrested and spend the night in jail and they find out that they are both heading to Florida. Since Mary somehow lost her wallet, she asks Pete to drive her. Now once they are both stuck in an RV for a week with just each other for company, Mary and Pete start to fall in love! (Shocker!!) This is another one of those easy, cute reads that just makes me happy on the inside and not emotional at all (good for me since I'm such a sap). Also I'm usually not a fan of the baby involved situation but it seemed to work pretty well into the plot line.