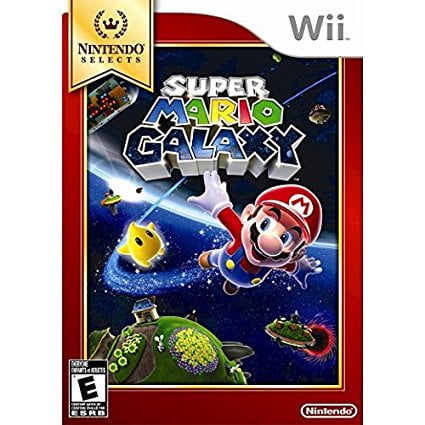 Or get it by Thu, Aug 6 with faster delivery 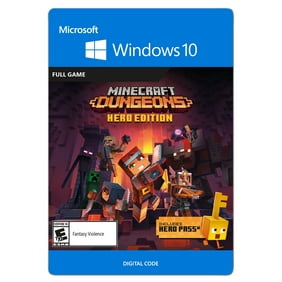 We aim to show you accurate product information. Manufacturers, suppliers and others provide what you see here, and we have not verified it.
The ultimate Nintendo hero is taking the ultimate step... into space. Become Mario as he traverses a galaxy of gravities, traveling in and out of gravitational fields by blasting from planet to planet to rescue his princess. Players experience dizzying perspective shifts as they run upside down through wild alien worlds that need to be seen to be believed. Players move Mario with the Control Stick and shake the Wii Remote to perform a spin move or cue stars that launch him to and from planetary objects. Players can even point at bits of stardust to collect them or latch onto stars to blaze a magnetic trail through the heavens. With a second Wii Remote, another player can play alongside in Co-Star Mode by pointing at and collecting bits of stardust, then launching them at enemies. The second player can even sweep aside projectiles or stall enemies to help make Marios adventure easier.

the concept on this game is by far the most extreme i've played in awhile being able to run around 3-d planets and being able to dodge holes battle enemies and all sorts of stuff from changing gravetity to changing floors and even more. you also get to play as bee and boo mario that was a new addition to this game. the graphic's are the most impressive i have yet to see on a wii and the controls are simple an awsome. ive made it to 35 stars and im addicted and when im finished i will probably start over and beat it again i highly recommend it.

If you own a WII and haven't bought this game yet, then there is something very wrong with you. This is the greatest Mario game since Super Mario Bros 3 for the SNES (Possibly one of the greatest platforming games ever and which is avaible on the Virtual Console) Since i bought this game i have played it non-stop. I am up to 111 stars (only 9 more to get) and i have enjoyed almost every minute of it. This is THE game to own on the WII, with everyone from my parents to my nephew loving this game. The multi-player is almost non-exsistent, but there are a few things the multi-player can do to help. For instance, they can collect star bits, but the most helpful thing the second player can do is freeze enemies/fireballs/bombs. I can't tell you how many times i would have died if my wife hadn't been there to freeze the enemies for me. All in all this is one of the best times i have had with the WII since i bought it last year. Do yourself a favor and buy this game.

Nintendo outdone themselves this time. Super Mario Galaxy, simply put, is THE best Mario game I've played in a long time. Definitely not the disappointment known as Super Mario Sunshine. This game is awesome once you get used to the controls. Get it! You WON'T be disappointed.

I am a huge fan of Nintendo and a huge fan of Mario. I am very glad to say that this game is extremely fun and follows along perfectly in the mario series. As with all mario game this one capitolizes on all the abilities of the new console beautifully. You will enjoy this game immensly whether playin by yourself or with a friend.

Mario games always seem to impress and strike awe to its audience and this installment is no different. Easy controlls, great graphics, and one of the most, if not the most, enjoyable experinces on the Wii. Anyone will enjoy this game.

This game is excellent. It plays pretty much exactly like Mario 64 except with a few new Wii tricks up Mario's sleeve. It is a ton of fun, start to finish.

A very helpful and entertaining game

My son loves all the Mario and Luigi nintendo games. When he played this Mario Galaxy, I was so amazed and enjoyed playing game with him. He knows how to play all the hard levels or different galaxies. At the end of the game, I thought he finished it all but there's more hidden galaxy that he can find. I would recommend this game to any kids of age. It's very fun and entertaining. You and your kids goin' to love this game!!!

I got this game for Christmas from my Roommate, and it was much appreciated. I had heard good things about this game, and wasn't terribly dissapointed, however I don't think this is the greatest game ever like some others have suggested. My biggest beef with this game is some parts are extremely too easy, and very tedious just getting one star after another, then you get a level that comes out of nowhere that is insanely hard and makes you want to take a break out of frustration. It's still a pretty good challenge, I rescued the princess, and now trying to get the remaining 120 stars to say I have, but after I finish I probably won't play it much after. Still a good game that should be part of every Wii game library.

My daughter wanted this game for months. She finally saved up enough to get it & was so excited to bring the game home to play. She absolutely loves it! It looks like it would be fun to play so I may even try it out myself. It is a very good game for young gamers. It is also a good game for families who want to watch what their children are playing. This game is very family friendly.

If you would like to share feedback with us about pricing, delivery or other customer service issues, please contact customer service directly.
1-3 of 5 questions
by dsculleyDecember 8, 2009

1. it's a 1 player game but two can play at the same time, #2 player helps #1 player by collecting star bits.
by twogood4uall2003
2. Technically 2 people can play, but all the second person will do is gather stars and shoot them at enemies. It's rather pointless.
by An anonymous customer
3. It says that its a two player game, but really its just 1. Its lame!
by Sweetheart130124
4. 2 but player 2 only helps player 1 a bit.
by Hiasas
4 Answers

1. nunchuck and wii remote control
by twogood4uall2003
2. Wii mote and nunchuck for player 1 and just a wii mote for player 2.
by Hiasas
3. The Wiimote and Nunchuck are needed to play this game.
by JoeWii
3 Answers