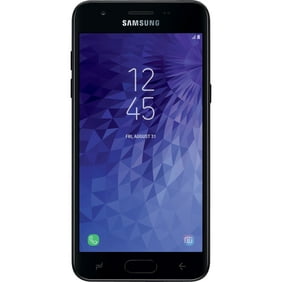 We aim to show you accurate product information. Manufacturers, suppliers and others provide what you see here, and we have not verified it.
Get a New Phone with No Contract!

You can buy a new phone with monthly prepaid phone service at Walmart thanks to Straight Talk. Skip the lines at the phone carriers store and pick yours up at Walmart. With Straight Talk, there is no contract, so just add an unlimited plan to your shopping list and start enjoying your cell phone service today!

Get a new phone with no complicated carrier contract. Prepaid phones from Straight Talk offer access to the largest

I bought one of these for a business phone. so to compare it, it has slightly better specifications than a galaxy S4 but works better. I had a galaxy S4, and an S6, and now have an S9 as my personal phone. honestly the battery lasts as long as my S9 which is great. it actually lasts quite a bit longer when sitting. it seems to function better than I was led to believe from the specs. its pretty quick, it's easy to use(just like the more expensive galaxy phones), great resolution on the screen, good size and feels like a little more expensive phone. the ONLY issue I have so far is that you have to hold a letter twice as long to use the symbol. meaning to use an exclamation point, you have to hold "a" longer for it to come up. it's about twice as long as any other phone I've used. I have not used it to call yet so I dont know about call quality yet. but based on everything else, I'd say it's going to be fine.

Comment from Samsung - 8/28/2019
Hello, Timmyp. Thank you for taking time out of your day to leave us this positive review. We appreciate you being part of the Samsung family. ^Kayla
Average rating:5out of5stars, based on0reviews

I love it will purchase again!

Comment from Samsung - 8/6/2019
That's awesome to hear, Xiamei! Samsung is happy to know that you are enjoying your Galaxy J3 Orbit. Thanks for the 5 stars. ^Kayla
Average rating:5out of5stars, based on0reviews

Comment from Samsung - 7/11/2019
Hi! Samsung is glad to receive a 5-star review from valued customers like you, Nitakay2933. ^Kayla
Average rating:5out of5stars, based on0reviews

Great phone. I've had every earlier grade of this phone and I like them all. Lunar pro was the grade before and I loved it but this one topped it real easy. Only thing I dont like is the built in apps. You can't root a TracFone and the built in apps are very annoying. The best thing about it was the resolution in the picture as a video played. Camera is very good and pictures and videos are detailed. One of the best phones I've ever owned

I purchased this phone just a few days ago. It is well worth the small about of money I paid for it. Excellent service thru Straight Talk and very durable with a case and screen protector. I would recommend this phone.... inexpensive yet great quality.

1. Yes
by beth
00
2. I have read several reviews which complained that the voice mail indicator does not work. Can anyone tell me if they have had similar problems? I need this feature to work due to my job.
by An anonymous customer
00
3. yes with mico sd up to 400gb.
by beth
00
4. Hi. This is Arianne from Straight Talk Wireless. Yes. There is micro SD card slot into this phone to expand storage capabilities. Thank you.
by TracFone Wireless
00
4 Answers

1. Yes, this phone can be unlocked.
by CommunityAnswer
00
1 Answer