Or get it by Wed, Nov 4 with faster delivery 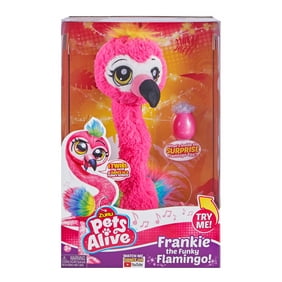 This toy is not suitable for ages under 3 years. It contains one or more of the following items marbles; small ball; or small parts.
We aim to show you accurate product information. Manufacturers, suppliers and others provide what you see here, and we have not verified it.

As Supreme Leader of the First Order, Kylo Ren wields more power than ever before. Nevertheless, Ren continues to search for secrets of the Force from the depths of the dark side. Kids and collectors alike can imagine the biggest battles and missions in the Star Wars saga with figures from Star Wars The Black Series With exquisite features and decoration, this series embodies the quality and realism that Star Wars devotees love. Star Wars The Black Series includes figures, vehicles, and roleplay items from the 40-plus-year legacy of the Star Wars Galaxy, including comics, movies, and animated series. (Additional products each sold separately. Subject to availability.) The 6-inch scale Black Series figure is detailed to look like the character from Star Wars: The Rise of Skywalker, featuring premium detail and multiple points of articulation. Star Wars products are produced by Hasbro under license from Lucasfilm Ltd. Hasbro and all related terms are trademarks of Hasbro.

"Wow! It's so detailed!" These were the initial words out of eleven-year-old kiddo's mouth when he first saw this figure. He happens to be a major Star Wars fan, with Kylo Ren being his favorite character ( Dark Side lover), and having several other figures, he has a lot to compare it to. We were very impressed by the care taken in the texture in of his tunic and cape. The cape is removable, and there is an additional hood piece that can be added as well. Additionally, this figure comes with a detailed light saber, and a second hilt (which we think has something to do with the movie that has not been released yet).

Our favorite feature with this figure is that it has articulated joints that allow you to move and pose him into a wide range of stances. The figure also can stand on it's own without any need for support. The one downside was that kiddo was a little disappointed that the helmet cannot be removed, but he does like the "damaged" detailing, and menacing appearance in the helmet itself. Overall we were very happy with the detail and features of this figure. It has small parts so it would not be suitable for small children, but should please older kids, and even adult Star Wars collectors. [This review was collected as part of a promotion.]

Reviewed by DelaDela
Written by a Hasbro customer.
Helpful?
Average Rating:(5.0)out of 5 stars

The supreme leader Kilo Ren, action figure is absolutely amazing. The toy image and design is identical to the one on the movie, it comes with a detachable cape,hat and sword. This black series edition is made of high quality material, the whole piece is very strong, durable and comes in a deluxe box,a very attractive package. My kid likes it alot because of the moving arms and legs, is the perfect toy for anyone including collectors. I personally recommended, this figure brings joy and happiness to my little one, and the best thing is that comes from a trustable brand. [This review was collected as part of a promotion.]

Reviewed by elgabriel28elgabriel28
Written by a Hasbro customer.
Helpful?
Average Rating:(5.0)out of 5 stars

Thrilled with The Supreme Leader Kylo Ren. The action figure is durable and detailed. The LightSaber fits in his hand, the feet move and the head moves. I did have to play a bit with the action figure to get it to stand but once I got it in the perfect position it looked great.

Such a great action figure!

My son loves his Kylo Ren action figure! It has such great detail and design to it. My son has been playing with him daily since we received it in the mail. You can take the hood on and off. He comes with two weapons. He can stand on his own. All in all, my son loves this toy! [This review was collected as part of a promotion.]

Reviewed by Lilybean44Lilybean44
Written by a Hasbro customer.
Helpful?
Average Rating:(5.0)out of 5 stars

Love the detail on the figurine it is made well my son love it he plays with it and adds it to his collection of figurine. He likes to take the helmet off and he makes battle with other figures. The details are great... [This review was collected as part of a promotion.]

Reviewed by DebrasworldDebrasworld
Written by a Hasbro customer.
Helpful?
Average Rating:(5.0)out of 5 stars

Thrilled with The Supreme Leader Kylo Ren. The action figure is durable and detailed. The LightSaber fits in his hand, the feet move and the head moves. I did have to play a bit with the action figure to get it to stand but once I got it in the perfect position it looked great. [This review was collected as part of a promotion.]

Reviewed by MarshapepMarshapep
Written by a Hasbro customer.
Helpful?
Average Rating:(5.0)out of 5 stars

We recived this star wars toy action figure in the mail to review the other day... it was a perfect size, durable, my son loved it. He opened it soon as we got it an started to play with it, he would put it in his pocket, it not a small toy, it the right size for an action figure . [This review was collected as part of a promotion.]

Reviewed by TkjamesTkjames
Written by a Hasbro customer.
Helpful?
Average Rating:(5.0)out of 5 stars

My husband has a small collection of Star Wars toys but especially focused on the first 3 movies. My husband is a real fan of the franchise, especially of Darth Vader. Fast forward twenty one years later, my daughter has picked up the same interest, and particularly been collecting Kylo Ren figures. This toy is very well made. Packaging very well presented. A good toy for kids and kids-at-heart. [This review was collected as part of a promotion.]

Reviewed by PilyaMPilyaM
Written by a Hasbro customer.
Helpful?
Average Rating:(4.0)out of 5 stars

Great for any star wars fan.

A must have for any collector of Star Wars merchandise or kid who loves to play with action figures. Very cool design, the included cape/robe and hood are optional. The cape/robe fits well over the shoulders of the figure to stay on but the hood has an area where it attaches to the cape/robe but does not want to seem to stay on or together. Not a huge deal, but worth mentioning. Excellent quality and detail work on the figure itself. [This review was collected as part of a promotion.]

Reviewed by Lojax2013Lojax2013
Written by a Hasbro customer.
Helpful?
Average Rating:(4.0)out of 5 stars

We are such big fans of Star Wars. Thus action figure is awesome. We collect them so it stays in the box. It’s a great addition to our collection. The black series is great and made well. They got his looks spot on. I will definitely be buying more. [This review was collected as part of a promotion.]

Reviewed by SheridaisySheridaisy
Written by a Hasbro customer.
Helpful?