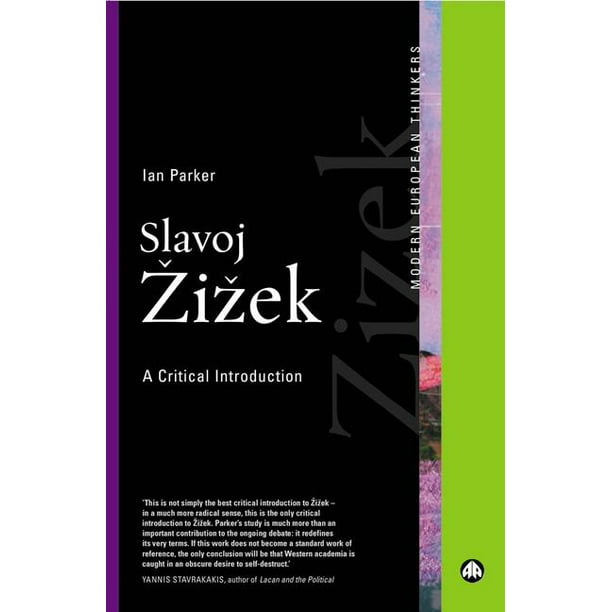 When I read Ian Parker's manuscript, I experienced an underlying solidarity: despite obvious differences, we share the same basic political concerns and visions. And this makes his critical remarks always pertinent!' Slavoj Zizek

Since the publication of his first book in English in 1989, Slavoj Zizek has quickly become one of the most widely read and contentious intellectuals alive today. With dazzling wit and tremendous creativity he has produced innovative and challenging explorations of Lacan, Hegel and Marx, and used his insights to exhilarating effect in analyses of popular culture.

While Zizek is always engaging, he is also elusive and even contradictory. It can be very hard to finally determine where he stands on a particular issue. Is Zizek Marxist or Post-Marxist? How seriously should we take his recent turn to Christianity?