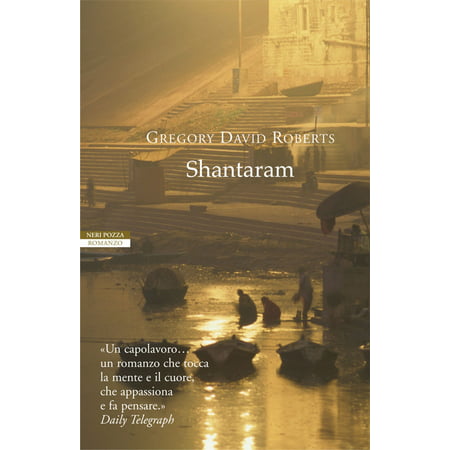 2006, Blackstone Audiobooks, Read by Humphrey Bower "It took me a long time and most of the world to learn what I know about love and fate and the choices we make, but the heart of it came to me in an instant, while I was chained to a wall and being tortured." So begins the epic Shantaram, and I was hooked! Set in the underworld of contemporary Bombay, the novel is narrated by Lin, an Australian convict who escaped maximum security prison and fled, with a false passport, into the teeming Indian city to disappear. A hunted man, with no home, no family, and no identity, Lin is accompanied by Prabaker, his guide and steadfast friend as he navigates the city. His search for love and for purpose leads him to Bombay's poorest slums, prison torture, criminal war, five star hotels, spiritual gurus, murder, and bloody betrayal. Two characters Lin will meet along the way hold the key to his very being: Khader Khan, mafia godfather; and Karla, elusive, dangerous, and beautiful. Shantaram held me mesmerized: a web of intrigue and a story of staggering breadth of human experience. Its criminal element alone is an enigma: drugs, money laundering, fraud, forgery, robbery, prostitution. The author does occasionally tend to the overwritten, largely overdone similes and metaphors; and I considered a lesser rating on this account. But the story is so epic, so wholly entertaining, and written always with such a passionate love for India, that I could not but give it 5 stars. Highly, highly recommended!

Based on the authors ...

Based on the author's life, this novel is difficult to stop thinking about and more difficult to put down. Roberts writing is sincere, intense, and profound, even when the painful events are revealed matter-of-factly. The story is interesting and entertaining, providing many life lessons during the journey. It's sad when it ends because the characters seem as though they should live on beyond the 1,000 pages.

Wow. At the risk of sounding hackneyed, I have to say that this is one of the most powerful novels I've ever read -- a successful combination of the beautiful, the horrifying, and the humorous. And as first lines go, it's hard to beat this one: "It took me a long time and most of the world to learn what I know about love and fate and the choices we make, but the heart of it came to me in an instant, while I was chained to a wall and being tortured."

A fascinating look at ...

A fascinating look at another culture and an enjoyable read though a bit long. I loved the scene in the jail where he's tied up, hung from the celing and spun while the guards beat him with bamboo staves - until they break for chai and bidi. I heard they're making a movie and Johny Depp signed to play the lead.

This is an absolute mu...

This is an absolute must read book for anyone who has the stomach to handle it. Anyone who watched slumdog millionaire and felt that you could not really taste, hear, smell and feel India in it ... and it was too much for the cinema audience. This is far more gritty. I have yet to meet someone who has read this and not loved it. I could not put it down

Written by a customer while visiting librarything.com
10