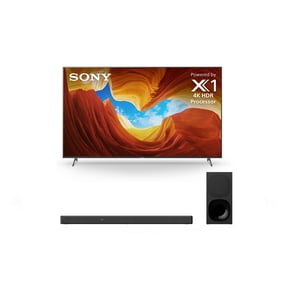 Note: You must have a source of HD programming in order to take full advantage of the Samsung UN65KU6290 65" 4K Ultra HD 120Hz LED HDTV (4K x 2K). Contact your local cable or satellite TV provider for details on how to upgrade.

TV was delivered today, unpacked, hung on the wall in less than an hour! TV mated with the internet and cable seamlessly. Picture is excellent! Great value!

Reviewed by billbill
Written by a samsclub.com customer.
Helpful?
Average Rating:(5.0)out of 5 stars

This TV is identical to the 6300 and I am not sure why they even sell both models. It's $100 cheaper so i got this. I looked at the 7000 and 8000 series and since I am coming from an old Toshiba DLP tv i didn't think the difference in cost was necessary. Let's be honest, this is a 4k tv but 95% of the content available via your cable or satellite provider is being broadcast in 720p or 1080i. The TV converts the signals to its own resolution and it looks fantastic. So I am happy I did not spend 400 - 800 more on the 7000/8000 series. The speakers sound great too so I don't think there is a need for a sound bar like I have seen a lot of stores pushing. Overall this was a great replacement for my aging 62 inch TV and will be great for us for years to come.

Reviewed by Scottso699Scottso699
Written by a samsung.com customer.
Helpful?
Average Rating:(5.0)out of 5 stars

This Samsung 55" UHD SmartTV is superb! Crisp picture, crystal clear audio, feature packed, and easy to setup and use out of the box! Over the years, I really started to enjoy Samsung products and I'm hooked! I have 9 products now and I keep growing my list.

I only just received this TV yesterday, so I've barely begun to scratch the surface of what it can do. But I look forward to learning it!

Reviewed by AFVetAFVet
Written by a samsung.com customer.
Helpful?
Average Rating:(5.0)out of 5 stars

After purchasing 2 other brands and calibrating the color settings. Samsung had more accurate blacks for my taste without taking the oled plung. I've owned Samsung monitors, phones I'm shocked it took me this long to purchase their tv. If your looking for a great tv search no more. Definitely won't go wrong with this purchase.

Reviewed by D1mes10D1mes10
Written by a samsung.com customer.
Helpful?
Average Rating:(5.0)out of 5 stars

The first experience of the 4K tv

Just set it up. The picture is awesome. The experience of seeing it in my home the first time was mind blowing. It has such a clear precise picture and was extremely breath taking the first time

it came on. I know sounds extreme, but it has a beautiful picture. Am looking forward to

a lot of hours of experiencing such a great television. I am 80 so watch a lot of television and it is

usually on all day, some at night. Will get lots of use. My old TV was a Samsung , also have one in my bedroom. Love your products I Will post another review after having it

Reviewed by ruthadorruthador
Written by a samsung.com customer.
Helpful?
Average Rating:(3.0)out of 5 stars

After getting this TV, I found that it does not have auxiliary audio outputs. I and many of my friends have hearing problems due to old age. Many of us use auxiliary RF or IR headsets to listen to TV without disturbing others nearby. This TV does not have auxiliary audio output RCA jacks that will allow me to use headsets. Not sure if I purchase new Bluetooth headsets if they will work. The E-manual is not very good. It has been written to cover a multitude of sets and it is hard to identify my own particular TV. Sign of the times, I guess. I may return it.

Reviewed by IcanthearuIcanthearu
Written by a samsung.com customer.
Helpful?
Average Rating:(2.0)out of 5 stars

Extremely disappointed in the number of Apps supported on this TV, When selecting my model on Samsung website Samsung states a whopping 8 Apps supported on this device. I now will have to buy an additional device to support the Apps I need(Roku, smart DVD, Home theater cpu). So much for getting a good deal on a so called smart TV.

Reviewed by DobrDobr
Written by a samsung.com customer.
Helpful?
Average Rating:(2.0)out of 5 stars

The picture and features of the TV are awesome however, Samsung places advertising in the smart bar. Sorry, but I'm not interested in paying a significant amount of money for a TV so Samsung can get additional revenue by placing ads on the smart bar.

Reviewed by HatesAdsHatesAds
Written by a samsung.com customer.
Helpful?
Average Rating:(2.0)out of 5 stars

A decent TV with one major flaw

I would love to give this TV a solid 4, perhaps 4.5. There are, however, a couple minor issues in the software and one major issue. The screen has a bit of glare which is why I wouldn't give it a 5 originally.

As to the minor, the smart hub can be glitchy, in particular it can lose all of the icons in the Sources. This only resets after a hard reset of the TV. This is an ongoing issue even with the most recent firmware. It can also get confused as to the placement of icons and require a reset as what it shows you hovering on doesn't actually register (meaning you'll click on another one even if it shows you highlighting another).

As to the major issue. In the Smart hub menu, Samsung has promoted apps. These are advertisements for different companies that place them before the rest. They will claim that it is the fault of app manufacturers but that isn't the case here. The apps themselves can have advertisements, that is fine, but advertising on the menu of a TV I've paid for? That is simply unacceptable. And Samsung removed the ability to disable this in recent firmware.

Reviewed by MJ215MJ215
Written by a samsung.com customer.
Helpful?
Average Rating:(1.0)out of 5 stars

I purchased this TV 26 months ago and I'm in shock that it's already developed purple spots. Unbelievable that a TV will last only two years. My previous TV lasted 12 glorious years and totally regret replacing it for this terrible TV. Totally bummed that those dreaded purple spots developed but it seems to be a huge issues since if you do some research on the TV, you'll notice that other owners of this model have the same issue.

Reviewed by RaiderJuanRaiderJuan
Written by a samsung.com customer.
Helpful?

1. The width is 57.6 inches.
by CommunityAnswer
Helpful?
2. This is a 65 inch diagonally measured screen. That equals 57 inches wide by 33 inches tall. It is wall mountable.
by Spark2
Helpful?
2 Answers

1. This tv comes with a remote.
by CommunityAnswer
Helpful?
1 Answer