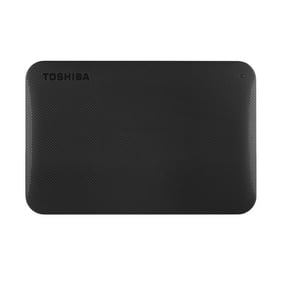 We aim to show you accurate product information. Manufacturers, suppliers and others provide what you see here, and we have not verified it.
Superior NVMe Read/Write performance with speeds up to 3,500/3,300 MB/s *V-NAND reliability backed by up to 5 yr. warranty

What others said when purchasing this item
Good reviews
Michael, purchased on June 28, 2020

970 Evo Plus 1tb getting low speeds

Every thing updated, samsung drivers 3.1, Magician etc. After doing some speed tests with both Magician and CrystakDisk, I am getting in 1st test 1834 speed, I think we can go up to 3500+ but I am going half. Any suggestios would be appreciated

Reviewed by DarkpitDarkpit
Written by a samsung.com customer.
Helpful?
Comment from department -
Darkpit: Thank you for purchasing the Samsung 970 EVO Plus NVMe M.2 SSD and for your review. I am sorry to hear that you are not completely happy with performance speeds. Your 1TB drive was engineered to deliver speeds of up to 3,500MB/s Seq. Read and 3,300MB/s Seq. Write. Benchmark test results may differ depending upon the system environment, host software and hardware configuration. I encourage you to call Samsung Customer Support to better diagnose and assist you with your speed issue. 1) Call: 1-800-SAMSUNG (ask for Memory) Available 9AM - 12AM EST (Mon-Fri) 2) Email: samsungmemorysupport@sea.samsung.com 3) LiveChat: https://www.livehelpnow.net/lhn/lcv.aspx?d=34834&ms=&zzwindow=0&lhnid=29783 Available 12PM-6PM EST (Mon-Fri) The Samsung Memory and Storage Community is also a great resource for getting help from Samsung moderators and customers: https://us.community.samsung.com If you have not already so, we encourage you to register your new Samsung SSD at: https://www.samsung.com/us/support/register/ Registering your product gives you access to easy warranty support, convenient opt-in to special promos & offers, faster troubleshooting & service, and quick notification of system updates. ~ Samsung Memory
Average Rating:(5.0)out of 5 stars

Fast SSD to help with gaming and productivity

Had been using the Samsung Evo Plus 970 NVMe 250GB SSD for the past month. Got it to add as a boot drive for my new PC build. The box came packaged well, and doesnt have any chance of slipping from its slot while shipping. For the first week, havent finished the build yet, so started using the EVO Plus using the external Samsung X5 SSD shell, by replacing the existing hardrive that came with the package. The speeds are much better on the Evo Plus, compared to the default drive that is in the X5 with speeds over 30% to the default drive. When testing the read-speeds, it was over 2GBPS, which is the highest I had seen on all the SSD devices that I have including the NVMe SSDs. Tested the speeds with Macbook Pro 15 with TBT3 and Alienware M15 with TBT3. Mac harddrive is over 20% slower than the Evo Plus 970 NVMe SSD. With Alienware M15, the write speeds of Alienware default NVMe drive is over 600Mbps for a 16GB file while the Evo Plus stayed at around 400Mbps. But the Read speeds for the same file is over 2.6Gbps for 970 Evo Plus, but around 1.7Gbps for the default NVME on M15(but also to consider is that the 970 Evo Plus is connected via TBT3 whereas the internal drive is connected to the motherboard directly, so expect that the 970 Evo Plus will have probably higher speeds when replaced the existing NVMe on M15. When plugged into desktop, on MSI Z370-A Pro, was able to get seq read speeds almost reaching 3000Mbps and seq write speeds around 2400Mbps, which is awesome as a basic boot drive and to have games load from the drive. I also have 2 secondary drives that use Samsung 860 QVO which have good speeds for data storage and read. Only thing I missed out on when getting the drive is that I didnt consider the size of games, so since I have only 250GB drive, restricted, but planning on upgrading the motherboard to be able to get two NVMe ports to allow plugging in another 970 EVO Plus The harddrive helps with quick and fast boot of the desktop, with under 2 seconds to boot and had no issues playing AAA games on high settings(Config is i7-8700K and 16GB 3000MHZ RAM and 2070 RTX) Pros: Fast Read speeds and Write speeds Cons: Could have some better heat sink to prevent it getting a bit hot, but going to get a new MOBO with heatsink to prevent this [This review was collected as part of a promotion.]

Reviewed by Vkar07Vkar07
Written by a samsung.com customer.
Helpful?
Average Rating:(5.0)out of 5 stars

My computer is fairly new, with latest processor and motherboard. I added more RAM, but I only observed minimal improvement in the performance. I never thought my SSD could be the bottleneck. After I added the Samsung 970 EVO plus M2 drive, the performance improved significantly. My computer boots way too fast, programs open lot quicker now, and switching programs are almost instantaneous. Just to experiment, I cut down the RAM to half size, and I did not notice any performance degradation. This is amazing. I will go ahead and switch harddrives in my other laptops with the Samsung 970 EVO plus. I would surely recommend this to anyone who wants to improve their laptop or desktop performance. [This review was collected as part of a promotion.]

Reviewed by somunleashed1somunleashed1
Written by a samsung.com customer.
Helpful?
Average Rating:(5.0)out of 5 stars

If you want faster speeds this is definitely what you want this is the Samsung 970 Evo plus . Very happy easy product to install I recommend this to everyone that wants their computer to do faster loads I put this is my dell tower which made a big difference [This review was collected as part of a promotion.]

Reviewed by redbull1613redbull1613
Written by a samsung.com customer.
Helpful?
Average Rating:(5.0)out of 5 stars

The Samsung 970 EVO Plus 250 GB has been an interesting review. I have been using the little drive as a super fast USB-C portable drive. This V-NAND Drive really is the ultimate performance champ. The physical drive Design is no larger than a stick of gum, yet has an amazing speed and storage capacity. Since it is a solid state memory storage with no moving parts, the durability is also very high. The enclosure I used is an aluminum enclosure I can hide my pocket or bad. The enclosure I am using allows me to use this drive on both OSX and Windows. I have not had any errors or slowdowns with this drive and it has performed stable and trouble free. I use is mostly to transfer large video files for editing and works flawlessly. The Samsung Magician software was helpful in getting my firmware updated and allows me to see my other internal SSD drives on my computer at the same time. I have only used about half of the 256GB of the drive yet it has shown no slowdowns or delays. Although the drive can achieve sequential read/write speeds up to 3,500/3,300 MB/s, my USB-C portable system has only allowed me to get slightly over 1100MB/s. This is not the drives fault, it is the way I am using the drive. Overall I love this drive for the small size and slim slender profile. I would highly recommend it. [This review was collected as part of a promotion.]

Reviewed by ParSParS
Written by a samsung.com customer.
Helpful?
Average Rating:(5.0)out of 5 stars

I wanted to add this Samsumg SSD to my new Dell XPS 15 laptop computer. The factory SSD installed on the laptop was fairly quick, but the Samsung 970 EVO Plus is blazing fast! No other SSD can compare. With 500MB/s Seq. Read speeds and 2,300MB/s Seq. Write speeds, it makes multitasking and video editing a breeze. On my laptop, the read speeds were well over 2 gbps! My computer booted a lot faster, applications and programs loaded way quicker, and video post processing was almost 50% faster! I was so amazed by the performance. The only downside for me would be the storage capacity. I wish I had a 500gb or 1tb SSD. My laptop only has one slot on the motherboard so if I want more storage, I would need an external harddrive or upgrade this SSD to a bigger capacity. However all in all, this is the best SSD on the market today!

[This review was collected as part of a promotion.]

Reviewed by stevedabossstevedaboss
Written by a samsung.com customer.
Helpful?
Average Rating:(5.0)out of 5 stars

Bought barebones OMEN then did my own upgrades,the 970 EVO + 1TB was one of the upgrades, boots in 6secs. and programs load fast.

Samsung 970 evo plus 250 GB it's a great product for gaming this is perfect for someone who a big gamer this is something you want [This review was collected as part of a promotion.]

Reviewed by kitty132kitty132
Written by a samsung.com customer.
Helpful?
Average Rating:(5.0)out of 5 stars

i dont know what else to say other than see crystaldiskmark.

My computer has so much stored on it from music to pictures and games. I have been taking all the pics from my cell and my husbands cell and just uploading them onto our computer hard-drive forever now. It was running slow, taking forever to complete new actions and switch between programs until I installed this bad boy. We now have plenty of memory and the speed at which it runs is super fast. Like its brand new and has nothing on it. It's so awesome. Our computer boots up so fast now and we are no longer waiting for files to upload forever like before and I dont have to choose what I want to keep and not keep to make room! [This review was collected as part of a promotion.]

Reviewed by Mandyhart93Mandyhart93
Written by a samsung.com customer.
Helpful?