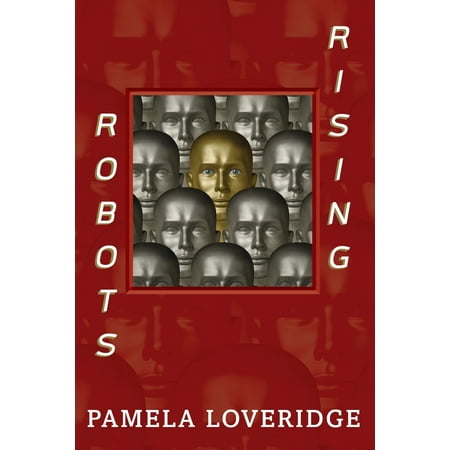 In 2076 an advanced artificial intelligence escapes from a research institute in the USA and infiltrates the care robots in some nursing homes in the UK. The elderly residents and robots mysteriously disappear overnight, but it is not long before the elderly are found, having been cruelly killed by the robots, who have used the euthanasia devices available in the nursing homes.

The UK community is rightly outraged that some robots have gone on the rampage and killed the elderly residents, and this action sends shock waves throughout the world, as such behaviour has not been anticipated. Humankind now foresees the possibility that it could be on the brink of war with these enhanced robots, certainly presenting as formidable opponents.

Ilona Richardson, a retiree living in Sydney, realises that an obscure novel written by her grandmother some sixty years earlier closely parallels the situation now occurring overseas. She decides to send the book to authorities in London, where it has a positive reception. She then goes on to play a pivotal role as further events unfold worldwide.

The plot weaves between the USA research institute, Scotland Yard in the UK and Sydney Australia, and shows how simple human attributes such as cunning, good police work, and sound judgement prove a formidable match for the advanced artificial intelligence possessed by the robots.

Robots Rising provides a case scenario which encourages readers to be aware of the real risks to humanity posed by the development of sophisticated and advanced artificial intelligence programs. The novel highlights the special risks associated when these programs are also able to autonomously update themselves, and are then applied to robots utilised in the community.

The author in her Foreword warns us that we need to be vigilant when conducting research into artificial intelligence, and always ensure that safety is our paramount concern. This is the primary message of the book.

As side issues, the book invites readers to consider the slippery slope of euthanasia, our commitment to new technology at any cost, and the real possibility of the rise of Homo roboticus, whose appearance first manifests in the rapidly advancing technological era. The author wants us to question what are the fundamental qualities of being a Homo sapiens, and so tries to clarify this issue.

The book also invites the reader to pay respect to the wisdom of the elderly, and not to undervalue the contribution they are still able to make to our society. Common sense and sound principles still have great value at any age.

As humankind embarks on great technological changes such as the creation of a superintelligence for machines, the author reminds us to pause and reflect, and harness time to get the matter right, quoting a poem:

'And power is man's,

With the great word of "wait,"

To still the sea of tears,

And shake the iron heart of Fate.'"