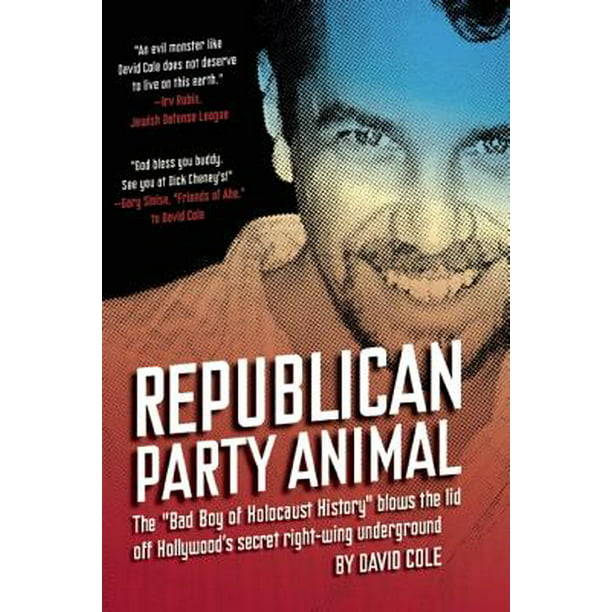 We aim to show you accurate product information. Manufacturers, suppliers and others provide what you see here, and we have not verified it.
The story of GOP activist David Stein, who was exposed as a notorious Holocaust denier.

"David Stein brought right-wing congressmen, celebrities, writers and entertainment industry figures together for shindigs, closed to outsiders. . . . There was just one problem. Stein was not who he claimed."--The Guardian

"I disagreed with lots of the book and found the depiction of some people to be cruel, but no denying it was also funny, intriguing and eye-opening." --Rory Carroll Author Comandante: Hugo Chavez's Venezuela, reporter for The Guardian

In 2013, Republican "hero" David Stein made international headlines when he was unmasked as David Cole, the notorious Jewish Holocaust denier who made an entirely different set of headlines in the 1990s with his videos from within the gates of Auschwitz and his appearances on shows like 60 Minutes and Donahue.

After a $25,000 bounty was put on his head by a violent extremist group, Cole left behind the bizarre world of Holocaust revisionism, a landscape populated by Hitler fetishists who Cole himself detested. Then, David Stein the Republican organizer was born.

Stein soon became a major force in the closed-door world of Hollywood right-wingers--people who felt as alienated from the mainstream of their profession as Cole had felt as the lone Jewish Holocaust revisionist. Soon enough, Stein was working with major GOP power players and far-right Hollywood A-listers, creating huge private events for the West Coast GOP elite . . . until it all came crashing down when a vengeful former girlfriend outed him publicly.

Condemned by those who had previously lauded him, Cole was left with nothing but his story. And here he tells it, warts and all, including the first-ever exposé of the secretive Hollywood far-right underground, "Friends of Abe."