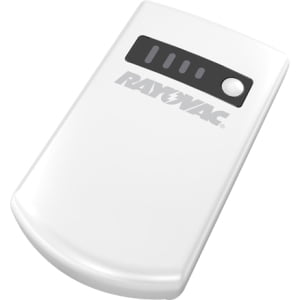 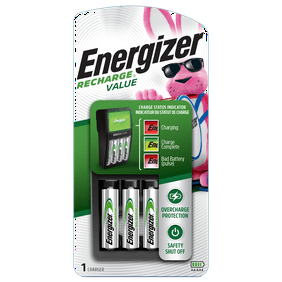 This charger is not only fast but it's also smart. When the batteries are fully charged it turns off. I love the Platinum Series Battery which last 1000 Amp Hours longer than Duracell

Great Product for people on the go!!

I was extremely happy with this product and so was my wife. The charger is small and holds a six hour plus charge for cell phones. If you travel you need this product.

I use the rechargeable batteries in my scanner i bought some other rayovac ones they did not last a day in my scanner but i could not find the Platinum ones any in of the stores by me. only ones to use Platinum

Power for a family on the go!

With kids, appointments and errands I dont have time to wait for my phone to charge in the wall. Using the camera on my phone drains the power fast. I'm super excited to have rayovac's power pack keep me charged up so I wont miss a moment with the family.

When I don't have time to stay in my car or at home and need a charge, I just plug it into my phone and it gives me the charge I need for my phone

If you would like to share feedback with us about pricing, delivery or other customer service issues, please contact customer service directly.
1-2 of 2 questions
by BUTTER50January 10, 2012

1. If the pack is fully charged and you are using the right tip, it will work, but you probably won't get more than an increase of about 10% more battery power on it. See my review - these things work horribly on Android smart phones.
by greg30127
Helpful?
1 Answer

1. This portable charger has not been tested with kindle, so I can't speak to how much of a charge it will provide, but I would recommend the Rayovac 7 hour power instead for Kindle, model number is PS73-4B
by RAYOVAC608
Helpful?
1 Answer