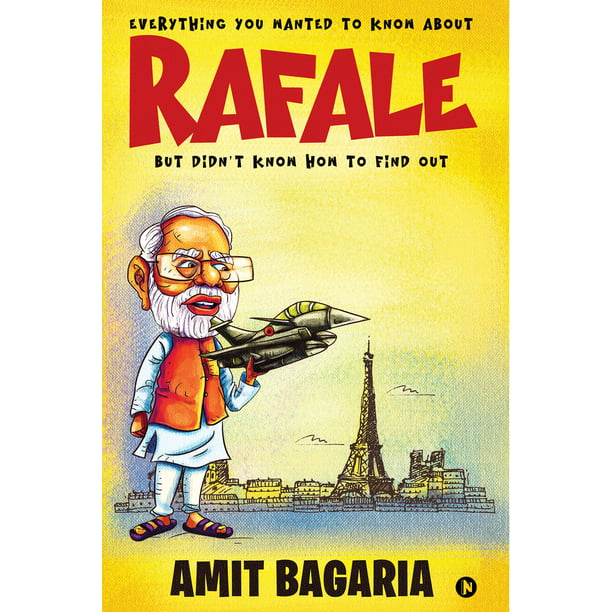 RAFALE : EVERYTHING YOU WANTED TO KNOW ABOUT RAFALE BUT DIDN’T KNOW HOW TO FIND OUT - eBook

In January 2012, UPA government announced that Dassault’s Rafale had won. Dassault was to build 18 jets in France, with 108 to be produced by HAL in India. Negotiations remained incomplete 28 months after Rafale was chosen, due to disputes on costs and terms, explained in detail. When India renegotiated with Dassault, by January 2014, the deal cost would become ₹1669 crores by when the first jets were to be delivered. In five different speeches or tweets, Rahul Gandhi quoted figures of ₹520 crores, ₹526 crores, ₹540 crores, ₹570 crores and ₹700 crores per jet as the UPA’s negotiated price.

Thus, there was no Rafale deal signed under UPA. For 10 years, UPA governments could not finalise a deal to buy crucial firepower for India’s national security.

Less than two months after Modi became PM, negotiations were held between India and France. In April 2015, just 10½ months after coming to power, during a visit to France, Modi announced a “government-to-government deal” to acquire 36 Rafales in “fly-away condition”. The Agreement was signed in September 2016. Deliveries would begin in September 2019 and be completed by April 2022.

The negotiated cost per Rafale jet was ₹1623 crores. Thus, Modi got the Rafales cheaper than MMS. India got many other additional terms and benefits, explained in great detail.

To the best of my knowledge, this is the first book on the much-talked-about Rafale deal, and should put all controversies to rest once and for all.

RAFALE : EVERYTHING YOU WANTED TO KNOW ABOUT RAFALE BUT DIDN’T KNOW HOW TO FIND OUT - eBook