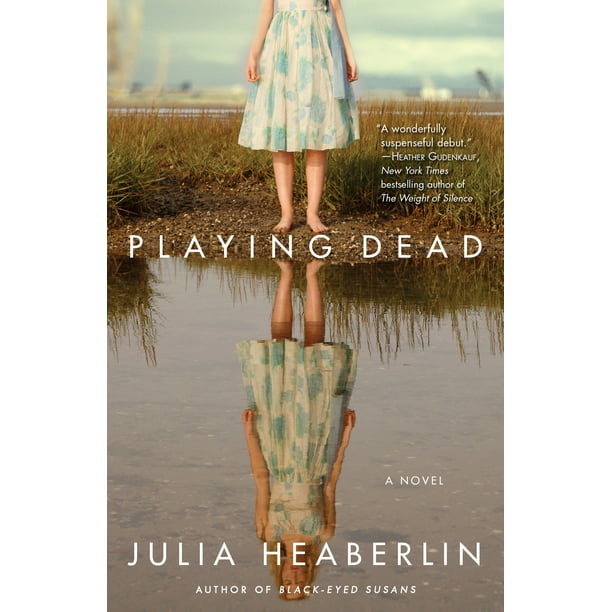 We aim to show you accurate product information. Manufacturers, suppliers and others provide what you see here, and we have not verified it.
"A Bantam Books trade paperback original"--T.p. verso.

“Dear Tommie: Have you ever wondered about who you are?”

The letter that turns Tommie McCloud’s world upside down arrives from a stranger only days after her father’s death. The woman who wrote it claims that Tommie is her daughter—and that she was kidnapped as a baby thirty-one years ago.

Tommie wants to believe it’s all a hoax, but suddenly a girl who grew up on a Texas ranch finds herself  linked to a horrific past: the slaughter of a family in Chicago, the murder of an Oklahoma beauty queen, and the kidnapping of a little girl named Adriana. Tommie races along a twisting, nightmarish path while an unseen stalker is determined to keep old secrets locked inside the dementia-battered brain of the woman who Tommie always thought was her real mother. With everything she has ever believed in question, and no one she can trust, Tommie must discover the truth about the girl who vanished—and the very real threats that still remain.

“[Julia Heaberlin’s] voice is pitch perfect, and her story of one woman’s fierce struggle to reconcile her past with her present is gripping and powerful. An outstanding debut.”—Carla Buckley, author of Invisible

Playing Dead-A Novel of Suspense by Julia Heaberlin Whew! What a book. Classifying this novel as a "novel of suspense" is putting it quite mildly. This is mystery, suspense. Tiny bit romance and so much more. It was written in such a way that it is guaranteed to keep you reading well past bedtime. This book way beyond engaging and I haven't found too many authors who write outside of my favorite genres, that I can say this about. This was written in the first person point of view, so it really left us not knowing what was in the others mind, and that was very clever on the authors part. Anything different and it would not have been such a captivating read. Extremely well crafted, well-fleshed and complicated characters lend credence to the complicated plot line. The narration was impeccable and the dialogue was very believable. Using Texas as the background for this story was an interesting choice and really worked to the books advantage. Tommie McCloud has gotten a letter , one that would make lesser women crazy. What if your parent weren't whom you thought they were? What if someone puts it into your head that you may have been kidnapped and raised by people not of your blood? Now what do you do when you start doing research and you find out that your father may have been mobster with ties to the murder of an entire family plus the FBI agent who was protecting them? This is just some of the stuff that Tommie has to work with as she tries to find out what have been lies fed to her all her life and what is the truth. Whom can she now trust? With men trying to kidnap her, kill her, a 'reporter' trying to worm his way into using her to get information, life has taken on a whole new meaning for Tommie. This was really an excellent read and one that I think readers of mystery and suspense are going to love. This is no 'cozy'; it is a rollicking roller-coaster ride that you may not want to get off, and you may not want to see it end.

Reviewed by Cats57Cats57
Written by a librarything.com customer.
Helpful?
Average Rating:(5.0)out of 5 stars

Just finished this mystery novel, the first from author Julia Heaberlin. Texan former roping champion and current psychologist Tommie Ann McCloud's father has just died and her mother is in an alzheimer's care center when she receives a letter suggesting she just might not be who she thinks she is. The ensuing search for the truth is a smartly written mystery with a quirky female protagonist and well-planned plot twists. Highly recommended!

Reviewed by karen_okaren_o
Written by a librarything.com customer.
Helpful?
Average Rating:(4.0)out of 5 stars

Playing Dead is my fav...

Playing Dead is my favorite between both of Heaberlin's novels, and one of the reasons is because Ponder, Texas really does exist, and it's in my neck of the woods. Tommie Mcloud is the protagonist of the book, daughter of a prominent ranch owner whose entire world gets turned upside down after she receives a letter from an infamous Chicago mobster's wife who makes Tommie begin to question her own identity and what secrets her family may be hiding. Since her father has recently died and her mother suffers from dementia, Tommie begins to search for answers on her own, but she quickly discovers that uncovering the truth could cost her and the rest of her family their very lives. No longer knowing whom to trust, Tommie turns to her old flame, Hudson Byrd, whose military experience and connections help her move forward in her personal investigation. Reluctant to get romantically attached to Hudson again, Tommie tries to keep her distance from Hudson, while still relying on his help. Yet by doing so, she puts herself in some dangerous situations that could have been avoided if she'd just listened to Hudson. While the rekindling of their romance adds a layer of depth to the story, it is secondary to the overall plot of who Tommie is and how her family is linked to the mafia and the decades old murders that are somehow connected. Besides some hot kisses, the romance is clean, and intimate scenes are implied rather than overtly described. The mystery shrouding Tommie's identity isn't fully resolved until the last 10% of the book when all of the pieces of the puzzle finally begin to fit together leading up to one big surprise that I never anticipated. Playing Dead was definitely an engaging and suspenseful read!

Reviewed by SunmtnSunmtn
Written by a librarything.com customer.
Helpful?
Average Rating:(4.0)out of 5 stars

Fascinating book because part of it is based in Ponder where I lived for 5 or 6 years. Loved all the references to Denton (Catfish King) and Fort Worth!

Reviewed by nicdar111nicdar111
Written by a librarything.com customer.
Helpful?
Average Rating:(3.0)out of 5 stars

Perhaps I would have e...

Perhaps I would have enjoyed this book more if I liked the main charterer, Tommie. She was rich, pretty, smart and athletic, but also spoiled and cocky. I also didn't like how much focus the author put on her guns. Ok, I get it, the book is set in Texas and Tommie carries a gun, but how many times does it need to be mentioned? It took me quite a while to even get through this book, my mind kept drifting and I honestly didn't care what happened to Tommie in the end.

Reviewed by sjurbansjurban
Written by a librarything.com customer.
Helpful?