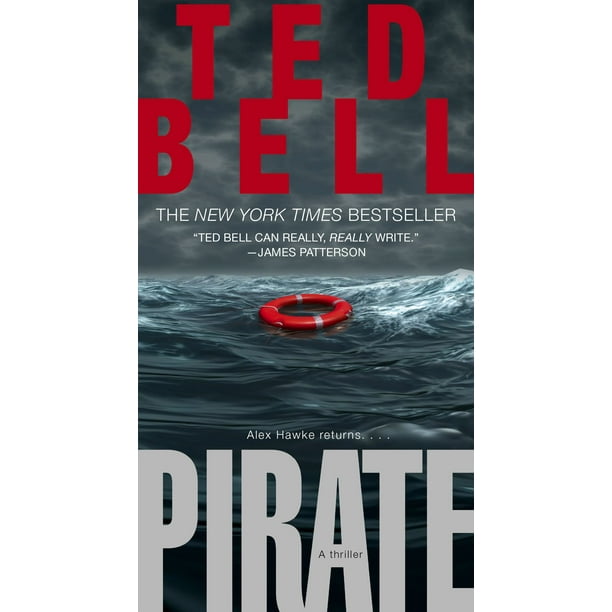 Aboard a ship in the south of France, an American spy faces certain torture and death for the vital, explosive intelligence he possesses. In Paris, a ruthless and powerful descendant of Napoleon has forged an unholy alliance with China for its growing nuclear arsenal, poised to send America and the world to the brink of a gut-wrenching showdown. Now, in a maelstrom of razor's-edge danger, Alex Hawke must enter the nightmare visions of madmen to defuse an axis of evil no historian could have predicted -- and no living soul would survive.

I'm really enjoying the Alexander Hawke series by Ted Bell. The stories are pure escapism in a somewhat similar manner to James Bond...007. Action, adventure, heroism, a guy who has everything and appears to know everyone of importance. Alexander Hawke is the one you want around when the going gets tough! Like James Bond? Like Jason Bourne? Try the Alexander series. You'll enjoy it!

In this third book, Alexander Hawke is thrust into a political nightmare that could explode into World War 3 with one wrong move. The story starts with Brock, a deep-cover agent with some really important intel who was captured and tortured by the Chinese. He escapes only to be recaptured, but rescued by Hawke. Meanwhile, a French descendent of Napoleon Bonaparte is gaining power in France, mostly by dirty means. Backed by some Germans as well, the French team up with the Chinese and cook up a plan to take Oman and its oil for their own. I don't want to give away all the details, but Hawke and his right-hand Stokely are sent on different rescue missions, and we also witness the return of Thunder and Lightning, the elite mercenary anti-terrorist force I really wanted to see in Assassin. For this book, I have to say I missed Sniper, Hawke's parrot. While Hawke's friend Ambrose Congreve did have a part in the story, it was mostly his involvement with Lady Mars. Congreve had something of a back seat in this book, but we get to see a lot of the "other side" of him. Though I typically switch genres around a lot when I read, I'm going straight into the next book (Spy). I just got an email that I've got a signed advanced reader copy of Nick of Time coming my way, I'm so excited!

exciting down to the v...

exciting down to the very last drop. ripe for sequel.

audiobook - excellent "read" - great narrator. A fun story that kept my interest from word one to the end.

I enjoyed this book, but not as much as Hawke: A Thriller. It is a roller coaster, page turner book for a long weekend or a sunny day on the beach. Don't expect great literature or admiration to the laws of physics (and sometimes common sense) but it is a fun read especially if you like James Bond movies, Bruce Wayne persona, and Sherlock Holmes character.