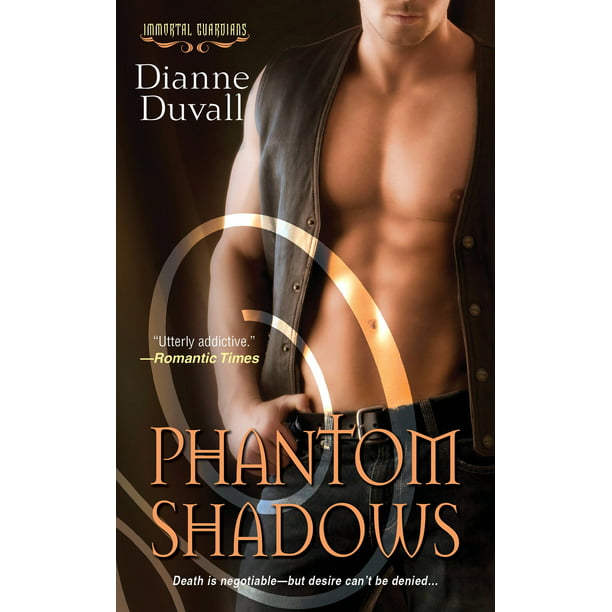 Dr. Melanie Lipton is no stranger to the supernatural. She knows immortals better than they know themselves, right down to their stubborn little genes. So although a handsome rogue immortal seems suspicious to her colleagues, Sebastien Newcombe intrigues Melanie. His history is checkered, his scars are impressive, and his ideas are daring. But it's not his ideas that have Melanie fighting off surges of desire. . .

Bastien is used to being the bad guy. In fact, he can't remember the last time he had an ally he could trust. But Melanie is different--and under her calm, professional exterior he senses a passion beyond anything in his centuries of experience. Giving in to temptation is out of the question--he can't put her in danger. But she isn't asking him. . .

"These dark, kick-ass guardians can protect me any day!" --Alexandra Ivy on Darkness Dawns

Read from January 12 to 17, 2013 Listened for fun (Audible) Overall Rating: 4.75 Story Rating: 4.75 Character Rating: 4.75 Audio Rating: 4.50 First Thought When Finished: I can't believe it is so long to the next one! I can't WAIT! (I guess I have too) Story Thoughts: I am going to be honest and say that you will get so much more out of the story if you read these books in order. This one built on the previous two with such greatness that I was immediately drawn into the story. I was really curious how Bastian was going to fit in with the rest of the group and was totally thrilled about how it was handled. I am not giving anything away but the way the whole thing played out was perfectly done. I was not disappointed in this edition of the series. Character Thoughts: I think Dianne writes awesome characters. Bastian was a character that has grown so much since we met him and I was pleased in how he continued to grow in this story. His support of his vampires never wavers and that makes me love him more! Melanie is the perfect match for him. She has always been supportive and she is strong, smart, and wonderful at defending him. I love her gumption and she is probably my favorite female character so far. Audio Thoughts: Narrated By Kirsten Potter at a running time 11 hrs and 36 mins Kristen Potter is really good for this series. I think she has perfect pacing and just the right amount of attitude to pull off the strong characters. She has decent male voices and she has great distinction. You can tell who is talking at all times and I adore that! I recommend this series on audio. Final Thought: Freaking October! That is when the next one is out *sigh*

Reviewed by thehistorychicthehistorychic
Written by a librarything.com customer.
Helpful?
Average Rating:(5.0)out of 5 stars

Great read, with a very likable and damaged hero, just the right amount of sizzle and plenty of action

Reviewed by fishbournefishbourne
Written by a librarything.com customer.
Helpful?
Average Rating:(4.0)out of 5 stars

I really enjoy this se...

I really enjoy this series. Despite familiar creatures (vampires, angels, and aliens have become urban fantasy norms... ridiculous though that may seem) Duvall's series does it right. I prefer Immortal Guardians to the most recent Black Dagger Brotherhood (which wander and spend too much time with the Others POV) or Showalter's Alien series (which can wander into over the top caricature).

Reviewed by CapnrandmCapnrandm
Written by a librarything.com customer.
Helpful?
Average Rating:(4.0)out of 5 stars

Review courtesy of All...

Review courtesy of All Things Urban Fantasy The Immortal Guardians series by Dianne Duvall is one that continues to deepen its mythology and tell hot love stories that paranormal romance readers crave. In the third book in the series, former villain turned less villainous Bastien struggles to deny his growing attraction for Dr. Melanie, the one person who shares his desire to help the vampires condemned to go insane. They aren't the most exciting pair, but Duvall injects their story with plenty of action to help liven it up. Unlike Rowland and Sarah, and Marcus and Ami, the couple in PHANTOM SHADOWS didn't have the most creative meeting or even the most difficult obstacles preventing them from getting together. That lack of excitement more than anything else kept me from enjoying this installment as much as the previous two. Duvall writes well and the action scenes are intense and plentiful. The Immortal mythology adds new and fascinating layers this time-especially one huge twist at the end that I can't wait to see how it unfolds in the next book-, and the love scenes are flirty and sensual. I had higher hopes for Bastian's story since as a former villain I expected him to be much more tortured than he turned out to be. Likewise Dr. Lipton wasn't that engaging either. Neither of them brought the type of heat or volatility that I've come to expect from this series. They were attracted to each other, he worried that she would get grief from the other Immortals who still viewed him with suspicion, she didn't share his worries so they got together. That's pretty much the course of their relationship. There were some fun secondary stories involving new enemies and drugs that posed a threat to Immortals, potential alliances with the vampires, and new hints regarding gifted ones' DNA. PHANTOM SHADOWS may not have knocked me off my feet with this particular couple (they would have made a much more satisfying pair in a novella), but paranormal romance fans who enjoy series like J.R. Ward's Black Daggar Brotherhood will definitely want to invest time in the Immortal Guardians series. I'll certainly be back for the next book. Sexual Content A couple graphic sex scenes