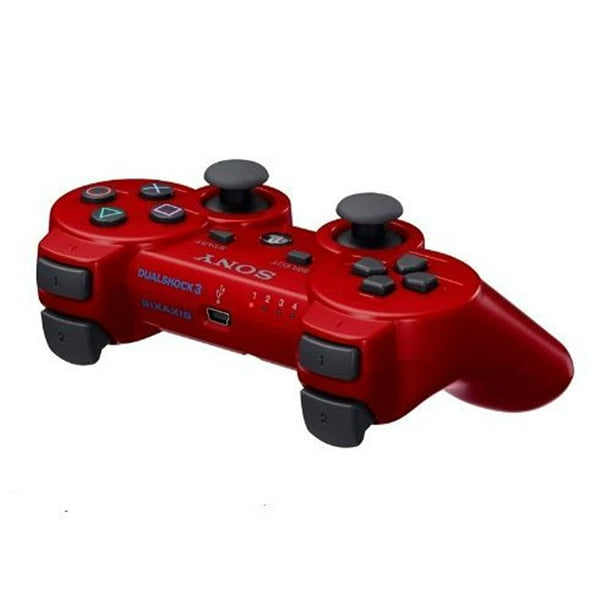 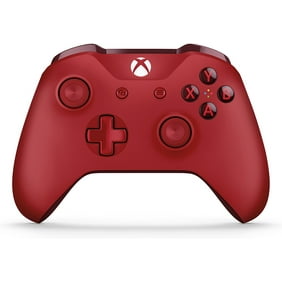 We aim to show you accurate product information. Manufacturers, suppliers and others provide what you see here, and we have not verified it.
unopened "like new" playstation 3 controller genuine Sony "AS SEEN IN IMAGE"PS3 DualShock 3 Controller | Red

I purchased a game that allowed 4 players. My two boys were very unhappy with just one wireless remote. I think my boys are the only kids in the world that make video playing an aerobic event. So, one wireless controller would sync with the PS3, there were two (2) wired controllers but there are four of us. I went to Toys R Us and bought a Batman remote that claimed to be wireless. What? You had to plug in something that looked like a thumb drive which competed with the two wired controllers that we already had. I went to Wal-Mart, after I returned the controller to the toy store, and there were no remotes to be had. I went to walmart.com and not only did I find all of the remotes I could dream of, they also had more colors than I have ever seen before! I ordered my controller one day and within three days it was delivered. I also purchased the protection plan in case of a mishap. The controller is all red which I love. We were afraid that it would be two-tone like others we have seen. It does not come with a cord to recharge it, but because we already had a wireless controller we just alternate when it needs to charge. I love my controller, I love the color and I love that I can go to walmart.com at any time to purchase another one if I need it!

Extra controller for the PS3

My son has friends who always come over to play the game with him, with each friend bringing their own controller. So I decided to get him some extra controllers to have at the house. He loves it and the bold red adds flavor. Price was right and cheaper than the general black ones

Dont fool yourselves and buy a cheaper one on eBay because its a knockoff and may not work right. I didnt want to spend the money, but in the end its always worth it. I love my new controller and i would buy it again on Wal-Mart.

Highly Recommend wireless remote for PS3, gave it to my grandson just yesterday for Christmas and he loves it. I would only recommend buying the Sony brand.

This item was delivered as expected but didn't come with any additional cords and I was unaware that I needed to purchase them separately being that this wad a gift.

I expected a dark red but instead got light red. In fact, both my girlfriend and I thought it was pink when it was in its manufacturer packaging. That's the only disappointing thing about it. It meets my expectations as a controller otherwise, but I was really hoping for the dark red and black mix as a gift for someone who loves that color combination.

makes for personal use every one has a color MINE IS RED....

dont get fooled by the picture

the red led light makes it look weird when you playing with it. The color is lighter than the picture shows.

1. No
by Batdaddymacgirl
Helpful?
2. Yes it does. Charges right on the playstation console so they can play while it charges too
by sickofpickinganame
Helpful?
3. Yes
by MsTiny27
Helpful?
4. NO USE STANDARD USB CABLE
by SGTGEM
Helpful?
5. IT DOES NOT COME WITH A USB CABLE. You have to buy it separately.
by CloudyDayz
Helpful?
5 Answers

1. No, the controller does not come with the cord to charge it with
by Justice4u
Helpful?
2. NO USE STANDARD USB CABLE
by SGTGEM
Helpful?
3. Mine did not, so nope. I was highly disappointed in Sony for that.
by MSUBicycle
Helpful?
3 Answers