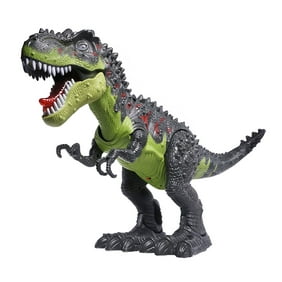 This toy is not suitable for ages under 3 years. It contains one or more of the following items marbles; small ball; or small parts.
We aim to show you accurate product information. Manufacturers, suppliers and others provide what you see here, and we have not verified it.
The PJ Masks are taking the adventure to the moon! The new PJ Masks Super Moon Adventure Fortress Playset is full of kid-powered play! Kids can secure their PJ Masks figures in the zero gravity belts and pull the levers to help protect the fortress! Keep intruders away with the Moon Shooter and capture baddies in the Crystal Moon Trap! Reveal the secret Lunar Platform by pulling the lever at the top of the playset! The playset comes with a 3? Catboy figure and a 3? Luna Girl figure. Both figures are articulated so kids can move them into fun poses and enhance the imaginative play! Ages 3+

Battle the figures in the zero gravity belts.

Keep intruders away with the Moon Shooter.

Reveal the secret lunar platform with the pull of a lever.

Nice size (doesn't take up space) and my son in fully entertained with this toy for a long time! I like that it brings characters so for 1st time PJ Mask lovers they can get right to playing even if they don't own any of the action figures!

Quick an easy ordering an delivering it actually got here the day before his Birthday!! Thanx

Fun toy for a good price!

This is a kid-powered toy that requires no batteries. Just because it doesn't have lights or sounds doesn't mean it's boring though! It has several features. There is a sliding rock on the side with pegs, so a character can move up and down. Whenever you slide the rock all the way up, a hidden compartment opens up. It was a little difficult for my 3 year old to slide it up all the way the first few times, but the latch loosened up and now he can do it easily. You can attach two figures by the waist to make them "fight" which my son REALLY enjoys. In between the "fighting" area, there is a trap door activated by a small button. Characters that lose the fight will fall through the trap door into a sort of crystal trap below. The trap opens by sliding it. Overall my son has a good time with this toy, and it has a lot of cool features, but I do wish it was a little larger since there aren't many Super Moon playsets. Another downside to this toy is the fact that the launcher only has one "bullet" and is very hard to find if you shoot it far enough. I feel as though the launchers should include at least 3 bullets just in case you lose one or two. A universal bullet to fit all PJ Masks launchers would also come in handy. Additionally I will add that my son didn't care about Catboy being included (Catboy seems to come with just about every PJ Masks playset), but he was so excited about Luna Girl being included since he didn't have an action figure of her yet!