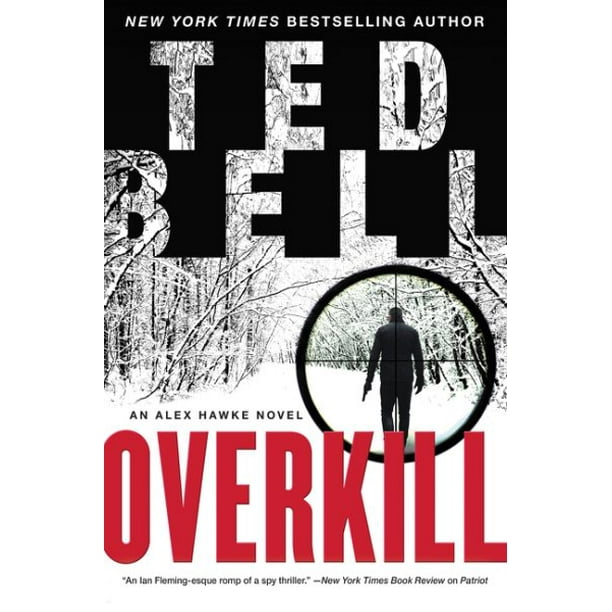 We aim to show you accurate product information. Manufacturers, suppliers and others provide what you see here, and we have not verified it.
"Counterspy Alex Hawke goes all out to rescue his son and takes on Russian President Vladimir Putin in the bargain in the latest action-packed thriller in Ted Bell's New York Times bestselling series"--Overkill

I usually love this se...

I usually love this series and love the characters - especially Hawke and his cronies, but I didn't care for this book. Hawke himself didn't even seem like the Hawke I remembered. His character in this book was wooden, and didn't appear to be real. The book was over=the-top in so many ways - the violence, the villains, the repartee between Hawk and his team (Who talks like that anyway?), and even the war machines and weapons of mass destruction. I was also disappointed with the less than satisfactory ending. The ending was too quick and appeared rushed, and the cliffhanger at the end made the book feel unfinished and slapped together, and I wondered why I spent the time it took to read it, as it really went nowhere. I don't like soap-opera endings with glaring cliffhangers in books. Very disappointed with this one, and I wouldn't recommend it to anyone other than die-hard Alex Hawke fans like me. Hopefully the next one will be better.