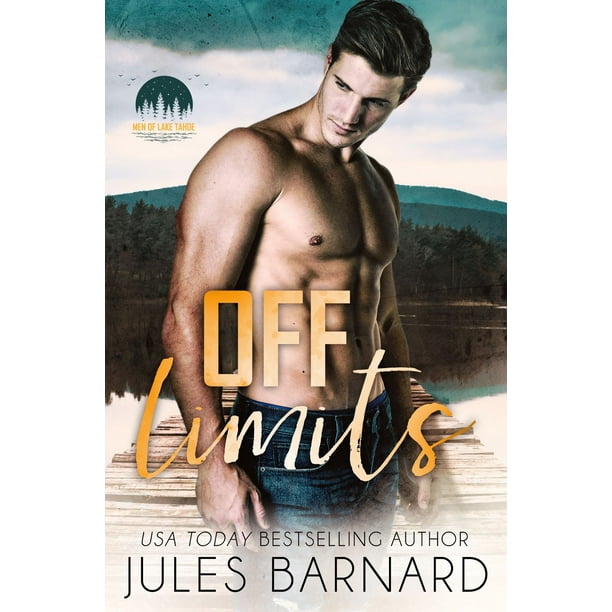 My plan was perfect…My friend needed a date. And my brother’s best friend was single. Problem solved.

Until I saw Jaeger for the first time in years, and sparks flew in the wrong direction.

Jaeger has grown up and bulked up. But that shouldn’t matter, because I have the perfect life. Really.

And then my plans for the future unravel and visions of Jaeger’s hard abs, broad shoulders, and intense green eyes fill my head.

I should hold back in case my friend is interested. Or in case of a million other reasons.

But if Jaeger isn’t willing to play by the rules, I don’t think I can either.

*The Men of Lake Tahoe is a standalone series that can be read in any order.*

I really enjoyed this ebook. I recently vacationed in Lake Tahoe and I was looking for a romance book set in the area. This book didn't let me down. I would recommend this book to others and I look forward to reading other books in this series by this author. It is always nice to visualize the areas mentioned in stories if you have been there.

Set in Lake Tahoe, this is realistic new adult romantic fiction - What a great fresh breath! Twenty-somethings who are relate-able, reasonable, logical, emotionally mature (at least for being in their early to late 20's as the various characters are) with realistic uncertainties and insecurities, and yet realistically playful and lustful and hormonally eager, too. No unusual hobbies or interests that tend toward an extreme end of the spectrum -- good ol' boys and girls.Our heroine is a strong, realistic female, pretty much on the straight and narrow with a logical, thoughtful mind and caring and loving heart. Our hero is a rugged, strong, independent, realistic man who stands tall after being knock from his original plans for the future/his career, with a respectful behavior to women, and a tender heart to boot. A group of good people fresh out of college; ordinary, honest, well-meaning, friends, that is who is cast in this story by Jules Barnard. Add to this a few hearts recovering from recently ended relationships, a bit of miscommunication between friends, new and old, and the absence of extreme/overboard reactions. I really like that Ms Barnard ha created a story with real people, having fairly normal interactions with one another.Of course, this alone wouldn't make for a good story, as every good story needs conflict or something for the characters to "overcome". Enter a jerk executive who gets away with sexual harassment and possible assault who then proceeds to blacklist our heroine from future summer jobs in town, and a conniving, lying, free-loading ex girlfriend out to fleece her next victim. It shouldn't be hard to predict that our hero and heroine will prevail -- that's not really a spoiler!With all of this goodness, why a three-star rating? There's no "wow" factor. It is a good, good story. It is not exceptional, not amazing, not best-seller list phenomenal. This story is good, although it's not particularly moving or gripping. It is predictable. It is easy to put this book down when the real world requires your attention. It is calm and comfortable, but possibly too calm. Secondly, the "conflict" of the ex-girlfriend was resolved far too easily and, because it was resolved easily, I do not understand why our H and h didn't resolve it much much sooner! Our Hero was so nice, he let himself be walked over. When he finally had proof to support his suspicions, he seems almost too calm about rectifying the situation. In all honesty, part of my it-ended-too-soon issue probably stems from my e-reader. It shows location and percent complete (don't they all?), without paper pages to flip through. When I reached 93%, I actually reached the end of the story, because the first chapter of the sequel (our heroine's roommate's story) took up the last 7% of this book. In a book book, I might have discovered the first chapter of the sequel earlier or at least sooner and would have been prepared for "abrupt" ending of this story. As it is, I read the end and expected 7% more of the story and feel short changed.I do recommend this book. I think most readers who enjoy new adult will enjoy this, including those of us no longer new adults ourselves. When you're 40-something, many New Adult books are too immature, but this story is realistic. It has some steamy parts, but not overly explicit or uncomfortably so. It has some drama, but not weird drama. It has good characters and two villains. It is a stand-alone story, with a sequel, if you simply don't want to say goodbye to this cast just yet. It does not, however, have a cliffhanger (thank goodness!!!!!!).Disclaimer: I received this ebook free of charge through a GoodReads opportunity to read the book for review.