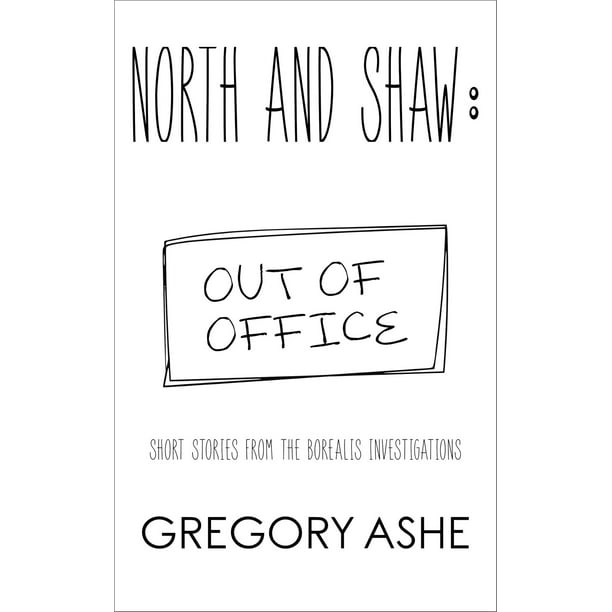 North and Shaw: Out of Office - eBook

North and Shaw: Out of Office is a collection of short stories. It includes the following:

“Bad Boys at the Radio Girls”

Radio Girls is a lesbian bar. A group of straight guys thinks it’s funny to crash. North and Shaw are hired to take care of this problem (and they try not to fulfill the white savior stereotype while doing so). This story takes place before Orientation.

North thinks Shaw needs a vacation. Shaw isn’t so sure, until he hears about the possibility of goat yoga. When the goats disappear, though, Shaw decides he only wants one thing on his vacation: to find them. This story takes place before Triangulation.

Shaw and North are going to spend a peaceful weekend at a lakeside cabin. Until, that is, a dog starts barking. This story takes place before Declination.

“Shaw Aldrich and the Case of the Missing Leash”

North leaves Shaw in charge of the puppy for one night. This story takes place after Declination.

“North and Shaw: Out of Office”

A series of six vignettes featuring North and Shaw in daily life. This story takes place after Declination.

“North and Shaw: Out of Office” is exclusively available in this collection.

North and Shaw: Out of Office - eBook